As institutions around the world continue to assess the full impact of the recent Wannacry ransomware attack, recent research from Ipsos and the Centre for International Governance Innovation (CIGI) suggests that many global Internet users are “distinctly unprepared” for how to deal with such an attack affecting them personally. 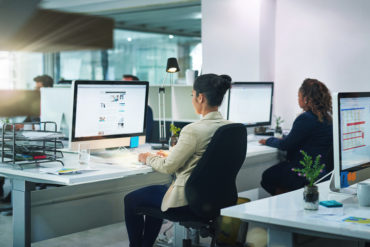 The 2017 CIGI-Ipsos Global Study on Internet Security and Trust – which involved 24,255 Internet users and was carried out across 24 economies (including Canada) for a third consecutive year – found that about one in four (24% of) Internet users around the world “would have no idea what to do if their device were hit by a ransomware attack.”

Many would seek help from some form of authority, either through contacting law enforcement (22%), their Internet service provider (15%) or a private IT firm (9%), Ipsos said in a press release on Tuesday. Fewer than two in ten (16%) say they would be able to retrieve their data from a clean backup, while a further 13% would conclude the data is irretrievable and reformat the device. Just 3% of global Internet users said they would pay the ransom, the survey found.

While still comparatively rare, ransomware attacks such as Wannacry are “very much a real threat in today’s highly interconnected world,” the release said. The survey found that 6% of global Internet users have personally been a victim of ransomware. Internet users in India (15%), Indonesia (15%), China (10%) and the United States (10%) are the most likely to have been personally affected. Globally, only in ten (11% of) Internet users said that while they themselves have not been affected, someone they know has been a victim of a ransomware attack. Internet users in Indonesia (22%), India (19%), Mexico (16%), Italy (16%) and Sweden (16%) are the most likely to know a ransomware victim, according to the release.

Despite just 3% of global Internet users claiming that they would pay the ransom if such an attack were to happen to them, the reality is quite different for people who have already lived through an attack, the study found. Globally, four in ten (41% of) past victims said they paid the ransom. Ransomware victims in China (74%), India (67%), the U.S. (67%) and Brazil (62%) are most likely to have handed over the money. Among those who paid, nine in ten (91%) said they were subsequently able to unlock their device, though Internet users living in Europe (85%) were less likely to see their device unlocked after paying the ransom, the release said.

As for the top reason for choosing not to pay the ransom (59% of past victims opted not to) was a refusal to pay criminals. Nearly half (45%) of those who didn’t pay said that “paying criminals isn’t right.” And only three in ten (29%) said that their data was all safely backed up somewhere else.

The Ipsos poll for CIGI was conducted in 24 economies: Australia, Brazil, Canada, China, Egypt, France, Germany, Great Britain, Hong Kong (China), India, Indonesia, Italy, Japan, Kenya, Mexico, Nigeria, Pakistan, Poland, South Africa, South Korea, Sweden, Tunisia, Turkey and the United States. Respondents were aged 18 to 64 in Canada and U.S., and 16 to 64 in all other economies. Approximately 1,000+ individuals were surveyed in each economy and were weighted to match the online population in each economy surveyed. In this case, a poll of 1,000 is accurate to within +/ – 3.5 percentage points. For those surveys conducted by Ipsos Computer-Aided Telephone Interviewing, the margin of error accuracy is +/- 3.1.

Ipsos is an independent market research company controlled and managed by research professionals. Founded in France in 1975, Ipsos has grown into a worldwide research group with a strong presence in all key markets, the release said, adding that “Ipsos ranks third in the global research industry.” With offices in 88 countries, Ipsos delivers insightful expertise across five research specializations: brand; advertising and media; customer loyalty; marketing; public affairs research; and survey management.