‘Many more significant losses’ due to climate change: Economical execs

Climate change was top of mind Monday for executives at Economical Insurance, which was hit with 11 weather catastrophes in 2017. 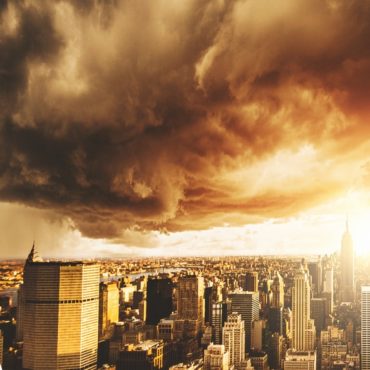 “Climate change has resulted in many more significant losses from water and wind events,” said Gerald Hooper, a former chair of Economical on Monday at his last annual meeting Monday as an active director.

In its annual report for 2017, Economical said its results were affected by 11 catastrophe events, including a flood in the Windsor, Ont. Area. CatIQ defines a catastrophe as one that costs the insurance industry $25 million or more.

Global warming is a factor in natural catastrophe losses, Swiss Re suggested in a sigma report, Natural catastrophes and man-made disasters in 2017: a year of record-breaking losses, released in January.

The most expensive disaster in 2017, measured by insured losses, was Hurricane Maria, at US$32 billion, Swiss Re reported. Climate change did not cause Harvey, Irma or Maria, but “certain characteristics of the storms would be expected to occur more frequently in warmer climes,” Swiss Re said in the report.

Canada’s most expensive natural disaster, measured by insured losses, was the Fort McMurray, Alberta wildfire in 2016. Placing third and fourth were two 2013 flood events – one affecting southern Alberta and another affecting the Greater Toronto Area. In 2014, Burlington, Ont. residents experienced flooding after about 200 mm of rainfall.

“I personally do not believe the Calgary floods, the Toronto floods, the Burlington floods – those are not the big floods,” Blair Feltmate, head of the Intact Centre on Climate Adaptation at the University of Waterloo, said in April 2018 at a panel discussion.

“The manifestation of climate change and extreme weather events is still yet to come,” Feltmate added during the panel, Climate Change and the Financial Sector, hosted by the Economic Club of Canada in Toronto.