Marijuana is trending to be an even bigger killer on the roads than alcohol, according to stats on fatal driving accidents between 2000 and 2014. 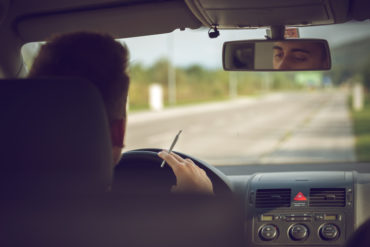 “What we see is an increasing percentage of fatally injured drivers in Canada who tested positive for marijuana in recent years, whereas the percentage who tested positive for alcohol is decreasing,” explains Dr. Heather Woods-Fry, a research associate with the Traffic Injury Research Foundation (TIRF). “While the percent is still higher for alcohol today, if current trends continue, marijuana might become more prevalent among fatally injured drivers.”

The results were posted Monday by TIRF. Results are based on data from TIRF’s National Fatality Database, which is maintained with financial support from State Farm and the Public Health Agency of Canada.

The time of day, and the day of the week, play a lesser role in predicting the presence of marijuana among fatally injured drivers compared to alcohol.

“Increased public education is essential to bringing awareness to the issue of cannabis and prescription drug impaired driving, with the impending legalization of recreational marijuana,” said John Bordignon, media relations spokesperson for State Farm Canada. “A resource like the DIDLC is a valuable tool that can help save lives.”

The DIDLC is the Drug Impaired Driving Learning Centre.

More News
Related
One in 10 polled Canadians admit to driving under the influence of marijuana, State Farm Canada survey finds
Alcohol, drugs different, drug-impaired driving a growing concern: panel
Retailers could lose US$71 billion from fraudulent card-not-present transactions in next five years: Juniper
What your hospitality clients need to know about their liability limits