The marine insurance market is “very competitive” and worldwide, premiums dropped 10.5% from 2014 to 2015, due in part to currency fluctuations, the president of the Canadian Board of Marine Underwriters said at a recent presentation. 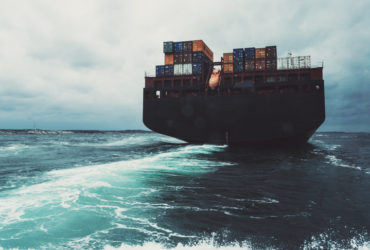 In the marine insurance market, net premiums written were about $321 million in 2015 in Canada, CBMU president Isabelle Therrien told attendees at the CBMU Fall Conference.

“The Canadian market is still very competitive and there is a lot of capacity,” Therrien said during a presentation at the conference, held Nov. 29 at the Royal York Hotel in Toronto. “There are new entrants coming into the marine market.”

“With respect to hull, we are faced with an aging fleet of vessels and we are also faced with larger losses this year,” added Therrien, who is also Oakville, Ont.-based vice president at Falvey Cargo Underwriting.

Membership in CBMU is open to companies underwriting marine insurance in Canada.

Citing figures from the International Union of Marine Insurance, Therrien said the worldwide market in 2015 was US$29.9 billion, down 10.5% from 2014 due mainly to currency fluctuations. Of the premiums in 2015, 25% was from hull, 53% was from cargo, 7% was from protection and indemnity and 15% was from offshore energy.

In 2016 in Canada, there was a $3.5-million fishing vessel loss on the east coast of Canada, Therrien added. Another incident this year was the sinking of a barge in the St. Lawrence Seaway near Montreal where the loss repairs and salvage is estimated to be more than $1 million.

“There has been another barge that broke loose in B.C., causing a diesel spill and the word is that the pollution part of it,” Therrien said. “The spill is said to have broken the $1 million primary limit of the P&I and the loss is expected to settle at upwards of $2 million.”

The Fort McMurray, Alberta wildfire “had a lot of impact” on the economy, Therrien said during her presentation, adding the Canadian economy has been “hit hard over the past couple of years,” with a decline in exports, a drop in crude oil prices and the depreciation of the Canadian dollar relative to U.S. currency.

“The most recent wildcard sits with the [North American Free Trade Agreement] that President-Elect Trump wants to renegotiate,” she said. “If and when this happens it will certainly have an impact on our economy. To what extent? Only time will tell.”