Maritimes hit with another blast of early winter weather

FREDERICTON – The Maritimes are getting another blast of early wintry weather with a mix of snow, freezing rain and rain.

Much of New Brunswick and Prince Edward Island awoke to snow and slippery roads, while Nova Scotia is seeing rain and strong winds. 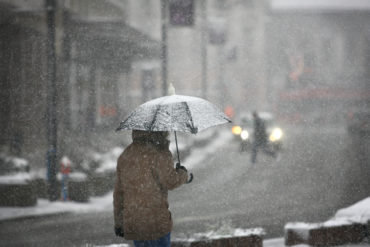 Schools in northern and central New Brunswick are closed for the day.

The forecast is calling for northern New Brunswick to get as much as 40 centimetres of snow by Wednesday morning, while the rest of the province is expecting ice pellets, freezing rain and rain.

Jill Maepea, a meteorologist with Environment Canada, says the weather system will be mainly a rain event for most of the region by late Tuesday.

She says temperatures will be cooler Wednesday with some light flurries persisting.

This report by The Canadian Press was first published on Nov. 12, 2019.