While the mergers and acquisitions (M&A) market for insurance distribution and services “cooled slightly” in 2016 from the prior year, market conditions continue to support high levels of M&A activity going forward, according to a new study from Hartford, Conn.-based Conning, a global investment firm. 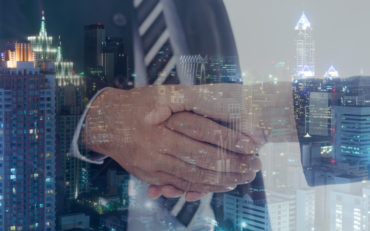 “Consolidation of insurance distributors continued at a rapid pace through 2016 and into 2017,” said Alan Dobbins, a director of insurance research at Conning, in a press release on Monday. “A strong economy has done its part to create a rising tide of increasing exposures and continued attractive financing costs. It seems that M&A has replaced organic growth for many in the insurance distribution sector.”

Conning’s annual insurance M&A study, titled 2017: Global Insurance Distribution & Services Sector Mergers & Acquisitions – The Beat Goes On, tracked and analyzed both United States and non-U.S. M&A for 2016 and historically. It found that the 2016 U.S. insurance distribution transaction volume was above the five-year average, Conning said in the release.

“We identified 368 distribution related transactions in the U.S.,” said Steve Webersen, head of insurance research at Conning, in the release. “The greatest appetites reside with the insurance brokers and their private equity sponsors. As the consolidation has continued over the years, valuations have risen accordingly. However, while demand will likely remain high going forward, the market will have difficulty sustaining these high multiples in the face of rising interest rates.”

“The combination of a higher level of confidence among businesses and expectations for lower tax rates could serve to accelerate the pace of M&A in the distribution and services sectors,” Conning concluded. “We would not be surprised if 2017 produced a record number of transactions, with tech-driven service providers garnering more attention.”

The report includes in-depth analysis of emerging and expected trends across insurance distribution and insurance services, including insurtech-related transactions, claims adjusters and third-party administrators, and asset management acquisitions. It explores patterns of M&A activity and the motivations behind key individual transactions and their financial characteristics, providing a listing of transactions announced in 2016 and in early 2017.