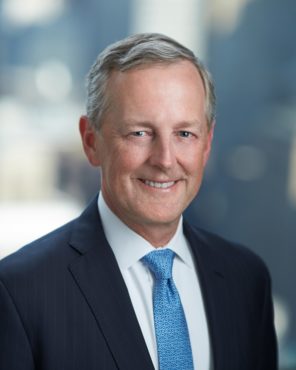 Doyle will report to MMC president and CEO Dan Glaser and continue to serve on the company’s executive committee, Marsh said in a press release earlier this week.

“A highly regarded insurance industry leader for more than thirty years, with significant global management and operational experience, Mr. Doyle was appointed President of Marsh in April 2016,” Marsh said in the release. As president and CEO of Marsh, Doyle (pictured right) will continue to oversee the firm’s global brokerage businesses while assuming responsibility for Marsh’s Global Risk & Specialties, portfolio businesses and operational functions.

“John’s accomplishments and impressive track record of building strong client relationships and inspiring colleagues make him ideal to serve as president & CEO of Marsh,” Glaser said in the release. “Today’s appointment delivers on our strategic commitment to having the deepest and most talented executive leadership team in the industry.”

In this role, Doyle succeeds Peter Zaffino, who has accepted a leadership role at American International Group (AIG). Zaffino had served as CEO of Marsh since 2011, and as chairman of Risk and Insurance Services since 2015. Previously, Zaffino served as president & CEO of Guy Carpenter from 2008 to 2011, Marsh reported.

“On behalf of our colleagues and executive committee, I want to thank Peter Zaffino for his meaningful contributions to our firm,” Glaser said. “We wish him continued success in the next phase of his career.” 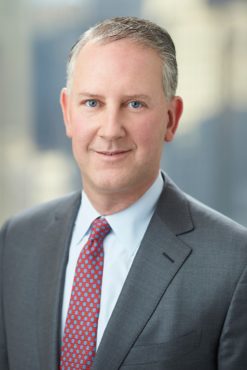 AIG said in a statement on July 5 that Zaffino (pictured left) has been appointed executive vice president, global chief operating officer of AIG, effective Aug. 1. In his role, Zaffino will lead the day-to-day businesses of all country operations, including U.S. Commercial field operations and AIG’s multinational organization, as well as Global Business Services, Administration and Communications.

Prior to joining MMC in 2016, Doyle was CEO for AIG’s commercial insurance businesses worldwide, responsible for AIG’s property, casualty, financial lines, specialty lines, institutional markets and mortgage guaranty products and services. Previously, he served as president and CEO of advisory firm Chartis U.S. Doyle is a member of the board of the New York Police and Fire Widows’ & Children’s Benefit Fund and is a trustee of the Inner-City Scholarship Fund.

MMC further announced that effective immediately, Peter Hearn, president & CEO of Guy Carpenter, will report directly to Glaser and join the company’s executive committee. The role of chairman of Risk and Insurance Services will not be filled.