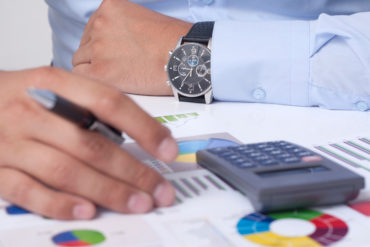 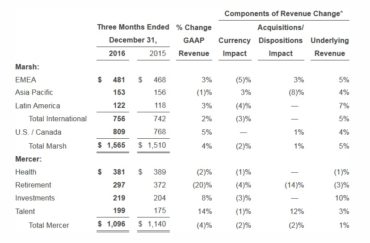 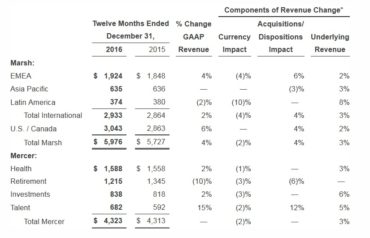 MMC president and CEO Dan Glaser said in the release that the company had a “strong finish” to the year. In the fourth quarter, we produced underlying revenue growth of 3% on a consolidated basis, including 5% growth in Risk & Insurance Services and 2% in Consulting. We also delivered double-digit growth in both GAAP and adjusted EPS with margin expansion in both segments.”

“For the year, our results were excellent,” Glaser continued. “In addition to our strong operating performance, we had another active year of acquisitions while delivering on our commitments to shareholders.”