The Ontario auto insurance system needs to do more for claimants who are catastrophically injured and not rely so much on “competing opinions” among medical practitioners, a former chief executive officer of the workers compensation system suggested to brokers recently. 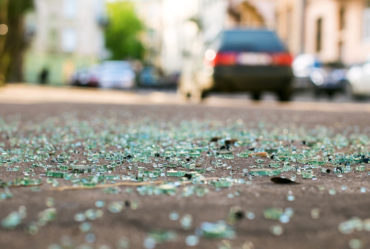 “The real problem with catastrophic compensation in Ontario is that it stems from the fact that you can give a lump sum to a person who is catastrophically injured and then forget about them,” said David Marshall, former CEO of the Workplace Safety Insurance Board, on Oct. 25 at the Insurance Brokers Association of Ontario annual convention.

In Ontario, private passenger vehicle owners must purchase accident benefits coverage with limits of at least $65,000 limit for medical, rehabilitation and attendant care expenses, for non-catastrophic injuries. The mandatory coverage for catastrophic injuries is $1 million. For accidents occurring before June 1, 2016 there were two separate $1 million cat limits – one for attendant care and another for medical and rehab.

Marshall conducted his review of Ontario auto in his capacity as a special advisor to Finance Minister Charles Sousa.

“There should be an acceptable way of making an assessment and then settling a claim because right now, the person is spending thousands and thousands on assessments and doctors and lawyers fees and so on,” Marshall said in reply to a question an audience member, Rick Orr, a Stratford-based broker who served as IBAO president in 2012.

An auto accident claimant in Ontario who is catastrophically impaired “may only be getting $600,000 out of it” and “then they have to use that money for their lifetime,” Marshall added.

The BIP Talks are a series of half-hour talks for which IBAO attendees can get Registered Insurance Brokers of Ontario education credits. Marshall was interviewed on stage by Don Forgeron, president and chief executive officer of Insurance Bureau of Canada.

During his conversation with Marshall, Forgeron referred to Marshall’s recommendation that a new Ontario auto insurer regulator establish a “roster” of hospital-based independent examination centres, or IECs, to “provide diagnoses and future treatment plans.”

The provincial government has already moved to establish a new Financial Services Regulatory Authority, Marshall noted this past April in his report.

The IECs that Marshall is recommending should have authority to provide diagnoses and future treatment plans where existing programs of care don’t apply or don’t work, Marshall said in the report, adding that insurers should be required “to provide the treatments prescribed in the programs of care or those that are stipulated by the independent examination centre without dispute.”

During the BIP Talk Oct. 25, Forgeron asked Marshall whether, during his review, he learned anything of Ontario’s Designated Assessment Centres (DACs), used in Ontario auto insurance until 2006.

“This would not be the first time that Ontario has tried this approach,” Forgeron said of the proposed IECs, adding “it is safe to say” that the DAC system “was met with mixed reviews.”

The idea of IECs “really came from our experiences” at WSIB, Marshall replied.

“We wanted access to the best medical thinking we could, in order to give us advice about a worker’s condition,” Marshall said. “So we went out and requested proposals from hospitals and specialty clinics… to give us a service where we could send somebody where there were multidisciplinary experts available… to tell us, after seeing this patient, what was the appropriate treatment. That happened before I had ever heard of DACs.”

Marshall suggested that when he examined the DAC system, “it turned out they were not necessarily truly independent because they could give an opinion as a DAC participant and then go out and do another opinion on behalf of either the insurance company or the client,” he said.

Orr asked Marshall about the difference between fees charged by health practitioners to WSIB and the fees they charge auto insurers for the same therapy.

Fees charged to auto insurers “are higher but what I would say to you is, it’s better to focus on the outcome as opposed to the unit cost,” Marshall said.

At the WSIB, if there was a package of six treatments for $500 for an injured worker, “we say to providers, ‘if you get the person better in four treatments, you can keep the $500,’” Marshall told IBAO attendees. “What we are interested in is, if you can get the person well for something that is a fair overall price.”

Marshall suggested he spoke with six large Ontario auto insurers and not one “actually knows when their client got well,” Marshall added. “Not a single insurance company that I spoke to in Ontario – and I spoke to all the big ones – has anything in their records about when a person got well,” he said. “They know when the claim was resolved and how much they paid.”