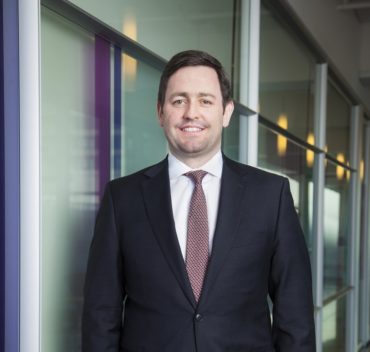 Thompson was appointed president and acting CEO in July 2016, when Rowan Saunders, the former president and CEO stepped down, RSA Canada said in a press release.

Prior to his appointment as president and CEO, Thompson held the position of senior vice president, Commercial Insurance and Global Specialty Lines, with RSA Canada. He has been with the RSA Group since 1997, and has held numerous senior leadership roles globally, including director, underwriting and risk for RSA’s Scandinavian operations, the release said.

Thompson is an associate of the Chartered Insurance Institute in the United Kingdom and a graduate of the University of Glasgow in Scotland. He is also a board director of the Property and Casualty Insurance Compensation Corporation, which is a financial guarantee fund for property and casualty insurers.

Commenting on the appointment, RSA Canada chair George Anderson said that the company’s board of directors believes that Thompson “has the vision and drive to lead RSA into the future. He is a well-known and respected presence in the Canadian insurance business and he possesses all the leadership characteristics which are so vital to success in this highly competitive market.”

Stephen Hester, RSA Group CEO, added that since announcing his interim appointment at the end of July, Thompson has “demonstrated that he has the energy and ambition to drive the Canadian business forward and I am very confident he has the skills and experience to succeed.”

“It’s an exciting and challenging time for our business and I’m honoured to have the opportunity to lead RSA Canada and continue to drive our transformation to be best in class,” Thompson said. “RSA Canada is a fantastic organization with dedicated and talented people who are focused on delivering results for the business, our customers and our brokers. I know our business very well and will provide confident and decisive leadership for our business moving forward.”

With a 300-year heritage, RSA is a multinational quoted insurance group. Focusing on general insurance, RSA’s core markets are the United Kingdom and Ireland, Scandinavia and Canada, with the capability to write insurance business across the globe. RSA’s core businesses have approximately 13,500 employees with net written premiums of 5.7 billion pounds in 2015.