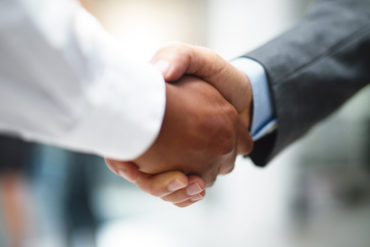 Based in Belleville, Ont., McDougall Insurance & Financial is looking to extend its footprint in Ontario’s Durham region with its latest acquisition, the brokerage’s vice president of operations told Canadian Underwriter Wednesday.

McDougall already operates a full branch in Oshawa, split between commercial and personal lines as well as financial services. It will merge with Worden Insurance in the future under the leadership of Christian Hutchison.

“Those two offices are going to be combined and amalgamated into one large brokerage that will be a fairly sizeable brokerage in Durham region to really ensure our footprint in Durham,” Hutchison said in an interview with Canadian Underwriter.

All Worden Insurance employees will remain with the organization, with the exception of owner Donna Crawford, who has chosen to retire. With this merger, McDougall now has 33 offices across Ontario, with 350 employees and more than $275 million in property and casualty premium “and a strong and rapidly growing financial services division.”

A phased transition will help solidify the McDougall brand, Hutchison said. Originally, Worden will continue to operate as is. McDougall will then announce a name change to McDougall-Worden, and then the brand will finally become just McDougall.

“We spend a lot of money building our brand, a lot of effort in building the McDougall brand,” Hutchison said. “When we do a merger, we want to have as little noise as possible to our clientele.”

The transition will be gradual and letters will be sent out informing clients about the process. As long as clients are dealing with the same broker, Hutchison said, they “may not even be aware of a name change or a change in ownership.”

Within the last decade, McDougall has really “ramped up” its acquisition strategy, Hutchison noted. McDougall announced in August 2017 that it had merged with Peterborough, Ont.-based Monkman Insurance. Last month, McDougall merged with Mink Insurance Services in Midland, Ont., the first merger in the central part of the province.

“We are broadening our look a little bit outside of eastern Ontario,” Kelly McKinney, McDougall’s vice president of marketing and digital, told Canadian Underwriter at the time. “In the future, we’ll be looking to acquire other brokerages all over Ontario.”

Hutchison added that “we look for brokerages like Worden that are very-well-run, have excellent staff, and would benefit from being part of a larger beast that has significant market access.”

Acquired companies would be merged into the McDougall culture, sales culture and workflows.

“We look for independent brokers that want to be part of this model moving forward,” Hutchison said. “We look for ways to… build on to what they are doing already, increase their growth numbers and profitability, and bring them way more tools than they had before, including a lot more market access.”