After recent events surrounding the COVID-19 pandemic, in addition to a recent Ontario Superior Court decision about business interruption in a nuclear incident, Canadian P&C underwriters may want to take a second look at the wording of their pandemic exclusions in commercial policies covering business interruption.

More recently, the Merchant Law Group commenced a national class action against some Canadian insurers for refusing to indemnify business owners for business interruption losses incurred due to the COVID-19 pandemic.

Most recently, lawyers and insurers alike are scrambling to review an Ontario Superior Court decision, released on Mar. 30, 2020, that will likely play a central role in the determination of COVID 19-related business interruption insurance claims.

MDS Inc. v. Factory Mutual Insurance Company (FM Global) involved a claim by MDS against its insurer, FM Global, for lost profits on account of the shutdown of the Nuclear Research Universal Reactor (NRU) at Chalk River due to a radioactive leak.

MDS purchased radioactive isotopes from NRU and processed them and sold them worldwide. FM Global had conceded that “the NRU constitutes property of the type insured” under the worldwide all-risks policy issued to MDS. 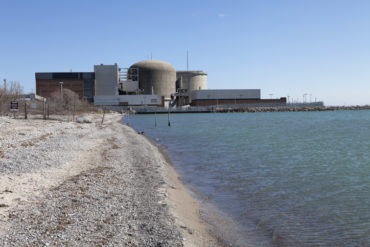 Ontario Superior Court Justice Janet Wilson found in favour of MDS, holding that “a broad definition of resulting physical damage is appropriate in the factual context of this case to interpret the words in the policy to include impairment of function or use of tangible property caused by the unexpected leak of heavy water.”

Justice Wilson noted that “this interpretation is in accordance with the purposes of all-risks property insurance, which is to provide broad coverage.”

In arriving at her decision, Justice Wilson underlined that:

Justice Wilson referenced the Nova Scotia Small Claims Court decision of Adjudicator Johnston in Jessy’s Pizza, which considered the meaning of physical damage in the context of an all-risks policy. Jessy’s Pizza involved a vandalism oil spill under the pizza business; this in turn caused an overpowering smell of oil in the restaurant that forced it to close. The floor of the restaurant was removed and the contaminated soil beneath was removed. Justice Wilson stated with approval:

Adjudicator Johnston looked at the facts in a pragmatic fashion confirming that the physical damage coverage applied to both the tangible direct damage to the floor, as well as to the fumes in the restaurant as “the fumes physically damaged the contents of the business” as the continued operation of the restaurant business was untenable.

Ultimately, Justice Wilson reasoned that “to interpret physical damage as suggested by the insurer would deprive the insured of a significant aspect of the coverage for which they contracted, leading to an unfair result contrary to the commercial purpose of broad all-risks coverage.”

How does MDS relate to COVID-19?

What then is the fair result in COVID-19-related business interruption insurance claims going forward?

The policy insures against loss directly resulting from necessary interruption of business caused by all risks of direct physical loss, destruction or damage, except as hereinafter excluded, to “building(s),” “equipment,” or “stock” on the premises shown on the “Coverage Summary.”

The necessary elements for coverage to kick in are: 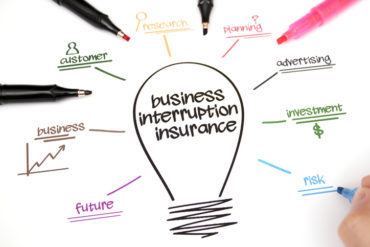 In both instances, the position of insurers will be that the insured’s business location was not ordered shut down by virtue of the “direct physical loss” to the insured property, but rather due to measures directed at quelling the spread of the virus.

Conversely, insureds will argue that all risks are insured against, unless expressly excluded, in all-risks policies. They will also argue a broader interpretation of direct physical loss, based on MDS, that includes “impairment of function or use of tangible property.”

The ultimate determination of such disputes will hinge on the particular facts and the exact policy wording. Litigants will, as in MDS, reach out to the persuasive authority of U.S. jurisprudence to make out their case.

Cases in the United States have construed direct physical loss both broadly and narrowly.

In Gregory Packing, Inc. v. Travelers Property Cas. Co. of America 51, the New Jersey Federal Court held that where the accidental release of ammonia into a facility rendered the building unsafe; this constituted physical damage to the premises. The court reasoned that “property can sustain physical damage without experiencing structural alteration.”

In the Florida case of Mama Jo’s, Inc. v. Sparta Ins. Co., a judge of the Southern District of Florida considered whether there was a “direct physical loss” when construction debris and dust from road work required the insured to clean its floors, walls, tables, chairs, and countertops. The court held that “cleaning is not considered direct physical loss,” stating specifically:

A direct physical loss ‘contemplates an actual change in insured property then in a satisfactory state, occasioned by accident or other fortuitous event directly upon the property causing it to become unsatisfactory for future use or requiring that repairs be made to make it so.’”

Mama Jo’s, Inc. appealed the decision to the United States Court of Appeals for the Eleventh District and oral argument was heard on Jan. 17, 2020.

No decision has been issued as yet by the court. 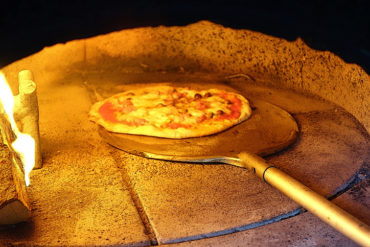 However, the audio recording of the submissions made to the court reveals that Sparta’s counsel, not surprisingly, argued that there must be evidence of some direct physical cause of the loss in the first place, because that is what this type of coverage is for. Sparta’s counsel gave the example of a fire in a restaurant that caused physical damage to some of the pizza ovens, rendering them useless, with the end result being that the restaurant is unable to produce the same number of pizzas and sales therefore decreased. The business interruption coverage is for this scenario, he argued, and not for a loss of sales caused by some casualty outside of the restaurant. The threshold issue, according to Sparta’s counsel, is that there must be some direct physical loss or damage in the restaurant. Once that is met, the insured bears the burden of showing that the loss of sales is causally related to the said direct physical loss or damage.

In Source Food Technology, Inc. v. United States Fidelity & Guaranty Co. (2006) the United States Court of Appeals, Eight Circuit, held that Source Food’s inability to transport beef product across the border from Canada, on account of USDA prohibition, and sell the beef product in the United States did not constitute direct physical loss to property. To suggest otherwise would render the word “physical” meaningless. Moreover, the policy’s use of the word “to” in the policy language “direct physical loss to property” is significant. Source Food’s argument might have been be stronger if the policy’s language included the word “of” rather than “to,” as in “direct physical loss of property” or even “direct loss of property.” But these phrases are not found in the policy. Thus, the policy’s use of the words “to property” further undermines Source Food’s argument that a border closing triggered insurance coverage under its policy.

While the COVID-19 virus is believed to be spread primarily by person-to-person contact, it has been reported that the virus can remain virulent on hard surfaces such a plastic, metal and glass for several days.

Would the mere presence of the virus at the insured’s property in and of itself constitute direct physical loss sufficient for business interruption coverage? The Gregory Packing, Inc. decision suggests that it might.

Would the inability of a business to operate because its key supplier has closed down, by government order, as a non-essential business, constitute direct physical loss sufficient for business interruption coverage?  The Source Food Technology, Inc. decision suggests that it would not.