Believe it or not, some commercial clients expect business interruption insurance to cover loss of income if the business gets interrupted, even if the cause of the interruption is a pandemic.

Regina restaurant owner Thomas Siarkos is one such client.

“I have been in the business 31 years and I always paid for insurance and we don’t cheap out on that,” said Siarkos, owner of Memories restaurant, in an interview. “We like to have the best possible coverage.”

Siarkos told Canadian Underwriter Tuesday he bought business interruption coverage and now his business is losing income because of the provincial order issued nearly a month ago that restricts Saskatchewan restaurants to takeout and delivery only. Similar orders are in place in other provinces including Ontario. 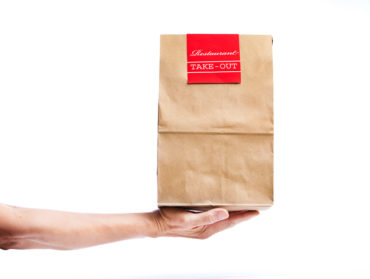 “When you go from really good business to zero, that is devastating because we have all the monthly fixed costs and some of them we cannot eliminate,” said Siarkos, citing cable, electricity, rent, insurance and phone as examples.

After reporting the situation to his broker, Siarkos said he received an email indicating his business interruption policy does not cover his loss due to COVID-19 because there was no physical damage to his property.

JKT Holdings Ltd. – the legal name of Memories – is the representative plaintiff in a proposed class-action lawsuit. The suit against more than a dozen Canadian insurers was filed this past Thursday with the Court of Queen’s Bench of Saskatchewan.

Allegations against the defendants have not been proven in court. Among the allegations are breach of contract, which is normally the main cause of action in an insurance coverage dispute.

“Every year, when we renew our insurance around May, they always try to ask us to upgrade our insurance and buy extra insurance for this and that. That’s what we did,” Siarkos said in an interview.

In the lawsuit filed Apr. 9, the proposed class of plaintiffs includes any Canadian with a business interruption claim resulting from COVID-19 against any of the defendant insurers.

The statement of claim does not quote from directly from the policy issued to JKT Holdings. Canadian Underwriter contacted the defendant said to have written JKT’s insurance, but did not hear back by press time.

In general, business interruption allows a business or business owner to make an insurance claim for income that the business would have expected to generate were it not for the intervention of an unexpected event, Merchant Law Group lawyer Anthony Merchant notes in the statement of claim.

Related: The advice some lawyers give commercial clients over pandemic BI coverage

But business interruption requires direct physical damage for coverage to be triggered, according to Timothy Zimmerman, partner with audit, tax and consulting firm RSM Canada, in an article published Mar. 20. Zimmerman was writing about policy coverage disputes in general and not about Merchant’s proposed class action.

“Debate and legal disputes over what constitutes physical damage and whether COVID-19 falls into the definition of physical damage are likely to ensue,” Zimmerman predicted. “However, in this evolving situation there is currently no clear guidance from insurers or courts on coverage interpretation.”

Insurers say BI is basically an add-on to a property policy. So if there is a fire, water damage incident, wind storm, or theft for example, the basic property policy should cover the property itself while the BI would cover income loss.

“For us, [the COVID-19-related closure is] a business interruption because we were forced to shut down,” Siarkos told Canadian Underwriter. “It may not be a physical loss in our dining room, but for us it is a great loss of business.”

Not all business interruption policies are identical, Merchant wrote in the statement of claim.

The restaurant’s policy did not exclude pandemic, Siarkos said in an interview.

Two other insurers named as defendants, reached by Canadian Underwriter, declined to comment on the class action lawsuit. One of those confirmed last week it had not been officially served with a statement of claim.

In the statement of claim, Merchant does not go into specifics on policy language but asserts that the risk of business loss from COVID-19 was a fortuitous random event that was not certain to happen.

After COVID-19 was declared a pandemic Mar. 11 by the World Health Organization, several provinces and municipalities in Canada either ordered businesses to close or imposed restrictions that effectively closed the businesses, Merchant wrote. This significantly limited the operating potential of plaintiffs who could be included in the class action. Those class members are entitled to recoup losses as a result of those restrictions from business interruption insurance, Merchant argues.

Meanwhile, the opposition Conservatives are calling on the federal government to come up with a plan specifically to help the nation’s restaurant, hospitality and tourism sectors, the Canadian Press reported Monday. Many in that sector were either among the first to close due to public health concerns related to COVID-19, or have seen dramatic declines in business as consumer spending drops. Among the ideas being proposed are temporarily allowing owner-operators to qualify for the federal wage subsidy program as well as refunding a year’s worth of sales tax remittances to small businesses, CP reports.

With Memories in Regina, the restaurant initially did not offer to takeout and delivery because the restaurant is “not that type of place,” Siarkos told Canadian Underwriter Tuesday. “As early as Wednesday, we will offer takeout because our accounts are draining.”

A survey by Restaurants Canada estimates about 800,000 jobs have been lost as a result of the pandemic, CP reported. Almost one in 10 restaurants have already closed and nearly one in five expects to close if conditions don’t improve in a month.

South of the border, bills have been tabled in a few state legislatures proposing to force insurers to retroactively cover COVID-19 related BI claims.

So what would happen to their capital position if insurers were forced by courts or legislatures to pay out on every COVID-19 BI claim? “A lot of people say it’s almost impossible [for insurance to cover] and it’s billions and billions of dollars that they have to pay,” said Siarkos. “But that’s what we pay insurance premiums for. I hope they realize that’s why we buy insurance.”