A lawsuit against a Mexican vacation resort – arising from a tourist alleged to have accidentally ingested cleaning product stored in a water bottle in a mini bar fridge – can proceed in Alberta, as a result of a ruling released Thursday by Canada’s highest court. 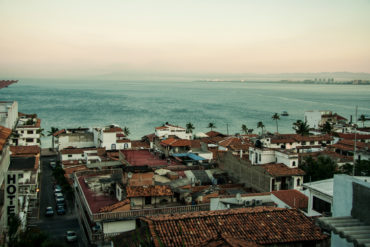 The Supreme Court of Canada has dismissed an application by Grand Palladium Vallarta Resort & Spa and its Mexican corporate parent for leave to appeal a Court of Appeal of Alberta ruling released Dec. 21, 2016.

In Toews v. Grand Palladium Vallarta Resort & Spa, the Court of Appeal of Alberta upheld a decision by the province’s Court of Queen’s Bench that there was a contract made in Alberta connected to allegations of breach of contract and breach of implied warranties made by Kerry and Todd Toews.

None of the allegations have been proven in court.

The Alberta court rulings were on the question of whether lawsuits against Grand Palladium Vallarta Resort & Spa and Desarrollos Dine S.A. de C.V. should proceed in Mexico or in Alberta. Essentially, Grand Palladium and Desarrollos had argued, unsuccessfully, that it was only through a contract made outside of Canada that the Toews “acquired an enforceable right to stay at the hotel” and that  no contract connected to the alleged tort was made in Alberta.

The Toews allege that in February 2009, while on vacation in Mexico, Kerry Toews “swallowed a portion of the contents of an unmarked, unlabeled water bottle” that had been taken out of the mini-bar fridge in their room. It is alleged that the bottle did not actually contain drinking water, but rather “a caustic, clear, odourless, alkaline substance presumably used for cleaning purposes,” which caused burning of Kerry Toews’ esophagus, Justice J.J. Gill of the Alberta Court of Queen’s Bench wrote in a ruling released in March, 2016.

She had emergency surgery in Mexico was air-lifted to Edmonton. She eventually underwent more than 87 surgical procedures.

Also named as defendants were Grand Palladium and Desarrollos. First Choice “admitted that its contract with the Toews was governed by the laws of Alberta,” the Court of Appeal for Alberta noted. First Choice, Signature Vacation and Selloffvacations.com were not parties to Grand Palladium’s application for leave to appeal to the Supreme Court of Canada.

“For Alberta Courts to have jurisdiction over a defendant, there is no requirement that the defendant carry on business within Alberta,” Justice Gill wrote in 2016.

“The reason that Mrs. Toews went to the hotel, and was ultimately in the hotel room where she drank the liquid, was because she had entered into the Holiday Contract with First Choice in Alberta,” he added.

Justice Gill was upholding a ruling made in 2014 by a master in chambers of the court of Queen’s Bench. Desarollos had applied for stay of the action “for lack of jurisdiction or, alternatively, a finding that Mexico is the proper forum.” His ruling was upheld in 2015 by Alberta’s appeal court. In February, 2017, Grand Palladium and Desarrollos applied for leave to appeal to the Supreme Court of Canada, which announced May 18 that the leave application is dismissed.

Among the cases cited by the Alberta Court of Queen’s Bench was the 2012 ruling by the Supreme Court of Canada in Club Resorts Ltd v. Van Breda.

Club Resorts had been named in separate lawsuits. Dr. Claude Charron drowned in 2002 while scuba diving in Cuba, while in 2003, Morgan Van Breda became paraplegic after exercising on a metal structure on a beach, which collapsed.

Findings by a lower court led “to the conclusion that Club Resorts was carrying on business in Ontario,” Mr. Justice Louis Lebel of the Supreme Court of Canada wrote in 2012 in Van Breda.

In the Van Breda ruling, Canada’s highest court established four “presumptive factors that would establish a real and substantial connection and jurisdiction simpliciter,” Justice Paul Perell of the Ontario Superior Court of Justice noted in his 2015 ruling in Forsythe v. Westfall. The four factors are: the defendant is domiciled or resident in the province; the defendant carries on business in the province the tort was committed in the province; or a contract connected with the dispute was made in the province.

“The only reason First Choice was in a position to sell the room and related services to the Toews was because it had entered into the Booking Contract in Alberta,” Justice Gill noted. “It is as a result of, or through, the contracts signed in Alberta that the Toews acquired the right to stay at Palladium Hotel and further acquired the right to be provided with food and beverages. These contracts clearly ‘relate to’ or are ‘connected with’ the Toews’ claim against Palladium and Desarrollos.”

Palladium and Desarrollos had argued that Mexico was a more convenient place for the trial because “a number of key witnesses” are Mexican residents who are unlikely to have international travel documents.

But under cross examination, a corporate representative of Palladium and Desarrollos confirmed that the defendants had not spoken to the witnesses, cannot confirm where they live and cannot identify what evidence they could provide at trial.