Canadians think Millennials behind the wheel are most likely to drive distracted – and the majority of Millennials appear to agree, according to a new poll conducted by Leger for Allstate Insurance Company of Canada. 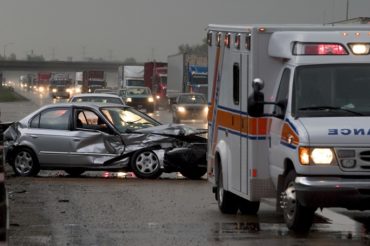 Eighty per cent of Canadians believe drivers under the age of 34 are most likely to drive distracted, according to Leger’s online survey of 1,982 Canadians in February. Survey respondents from the Millennial cohort admitted their own tendency to drive distracted, with 69 per cent conceding that their age group is probably the most likely to do so.

On the one hand, “two actions nearly all Canadians agree cause distraction behind the wheel are using a mobile device and grooming (at 94 per cent and 93 per cent, respectively),” Allstate study results show. But what about other forms of distraction?

While Millennials agree that people in their age group are most likely to be distracted at the wheel, they’re also less likely to believe that certain behaviours cause them to lose focus. For example, Allstate’s study shows younger Canadians were less likely than the national average to believe the following activities are examples of distracting behaviours on the road:

“We want to make sure Canadians are clear on what is distracted driving,” says Lisa McWatt, a spokeswoman for Allstate Insurance Company of Canada. “We want to make sure they are not just considering cell phones. Any time you are behind the wheel, you are taking on that responsibility to be a safe driver, and we would like Canadians to focus on their driving. By building awareness of what drivers can control, we think we can have a positive impact.”

Allstate’s survey comes as the nation’s auto insurers once again report declining year-end results in auto lines. Canadian property and casualty insurers have seen their loss ratios rise from just over 50% in 2012 to just under 90% in 2016. The loss ratio in the auto personal accident line deteriorated by approximately 1.5 points between 2015 and 2016.

“This line remains a concern, given that the loss ratio has deteriorated each year since 2012,” A.M. Best observed in an August 2017 special report. The auto personal accident line remains susceptible to losses brought on by distracted driving, A.M. Best notes.

“There definitely is a correlation, just like there is between drinking and driving, between distracted driving and accident rates,” McWatt says.