Millennials ‘not that informed’ about coverage needs: Travelers Canada CEO

Customers in their 20s and 30s are “not that informed” of their property insurance needs, suggested Duane Sanders, president and chief executive officer of Travelers Canada, at the Insurance Brokers Association of Ontario annual convention Thursday. 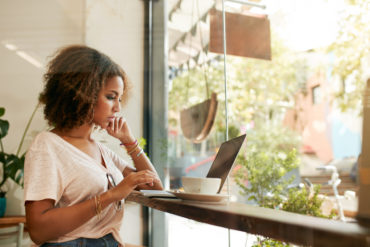 Sanders was one of five Canadian insurer CEOs at this year’s CEO Panel, held annually at the IBAO convention. Moderator Jim Harris asked Sanders about the millennial generation, which J.D. Power & Associates defines as people born between 1977 and 1994.

“It’s an interesting group,” Sanders said of millennials. “They know they need insurance in some form. There is asset protection that they’ve got to think about, but trust me, you know as well as I do that they are not that informed in terms of what coverages they need (and) why they need that coverage.”

This year’s convention was held at the Sheraton Centre in Toronto.

Harris, former leader of Canada’s Green Party, has written several books, including Blindsided: How to Spot the Next Breakthrough That Will Change Your Business.

In this year’s CEO panel, Harris interviewed, individually, each panelist in what he called the “hot seat.”

Harris – who delivered the keynote address Wednesday – asked Sanders whether Travelers was doing “anything that a broker could perceive as being competition or as a workaround or a way to bypass the broker channel.”

“That’s why you are in the hot seat,” Harris quipped.

“My answer is going to be no,” Sanders said.

“That’s a good answer,” said Harris, whose first panelist was Karen Gavan, president and CEO of Economical Insurance, which sells auto and home insurance both through brokers and directly, online, through Sonnet. Also on Thursday’s panel was Greg Somerville, president and CEO of Aviva Canada Inc., which recently closed its acquisition of direct writer RBC General Insurance from the Royal Bank of Canada. Jean-Francois Blais, president of Intact Insurance (owns BrokerLink and sells directly through belairdict) was also on the panel, as was Martin Thompson, president and CEO of RSA Canada.

“If you look at the top 10 players, we are the only one in there that doesn’t have some sort of an alternative channel in terms of trying to grow,” Sanders told brokers at the CEO panel. “This is basically our partnership – here in this room.”

Harris asked Sanders Thursday what he and Travelers have learned about doing business in Canada.

“I have learned a lot,” Sanders replied. “I would say the broker customer intimacy here is different here than what is in the U.S. In the U.S., there is some abdication of that space, if you will. There is a thirst for knowledge in terms of the actions we take – why we take them and how we take them…. the products we sell, why we sell, the purpose behind what we sell.”

Sanders suggested that over the past three years, Travelers has “moved through the process of putting loss costs where they are manageable.”

Travelers Canada managers are “working hard now on the expense side,” Sanders suggested, adding information technology is a “huge” expense.

“Hindsight tells me if anything we would have probably, in concert with some of the other moving parts, we would have been a little more aggressive on the IT component because now it is such an enabler for us and we prefer to be further down the road on that than we are,” Sanders said. “We are certainly going to get after that piece now.”