Recent data from Mitchell International seems to confirm what Canadian insurers have been saying: collision repair costs and severity potential is increasing. 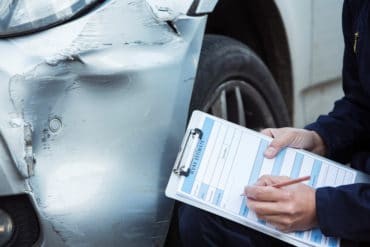 Mitchell found the average gross initial appraisal value – calculated by combining data from all first- and third-party repairable vehicle appraisals uploaded through Mitchell Canadian systems in Q2 2018 – was $3,894, a $63 increase from Q2 2017.

The average gross collision appraisal value uploaded through Mitchell Canadian systems in Q2 2018 was $3,917, a $104 increase from the second quarter of 2017.

An analysis from Mitchell also found “average body labour rates” (percentage of labour dollars used in the creation of Mitchell appraisals by Canadian estimators) increased between 1-3% from 2017 from year-to-date rates in Newfoundland and Labrador, Northwest Territories, Nova Scotia, Ontario and Yukon. Alberta essentially remained the same.

Mitchell told Canadian Underwriter in February that preliminary data showed special materials used in the construction is definitely increasing the severity of an insurer’s claims costs. However, Hans Littooy, vice president of consulting and professional services with Mitchell Auto Physical Damage, cautioned as these materials become more mainstream, the industry is expecting repair costs to decrease.

“Physical damage inflation remains the main driver of our current under-performance [in the most recent quarter], but severe weather was also a factor,” Intact Financial Corporation CEO Charles Brindamour said in a conference call with investors on Feb. 7. This was “largely driven by costs of repairs, largely driven by technology,” he said at the time. “Parts are more costly, [and] the repairs are more complex and take more time.”