As one of the brokerages that was “significantly affected” by the Fort McMurray wildfires, Sharp Insurance was able to contact every single one of its clients using analytics, attendees to the Insurance Analytics Canada conference heard on Friday. 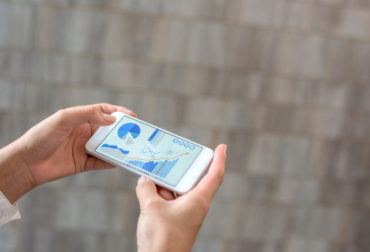 “We were able to review and mobilize our team and get in touch with all of our clients rather quickly even using some of this technology,” Sherif Gemayel, president of Sharp Insurance, said during a session titled “Crystal Ball” Future of Canadian Insurance Analytics. “Within two days, we were able to contact every single one of our clients whether through mobile or phone and really it’s because of our analytics and how we were able to break down our clients and now to get a hold of them.”

Gemayel discussed the brokerage’s MySharp mobile app during the conference, held at the Old Mill Toronto hotel on May 12 and 13. He said that when it was first created, there was information on things such as how to contact the company and submit a claim, but it was static. “We learned that really this isn’t what the consumer is looking for. Nobody was really using it; we couldn’t get any kind of adoption on the technology,” Gemayel said. “Over the years, we developed our mobile app and now we have a whole app that offers real-time data to our consumers.” 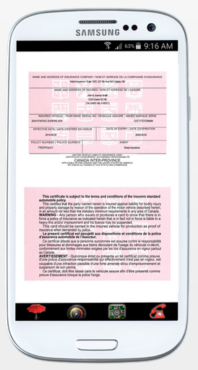 Gemayel said that consumers can now get policy and payment information, and even liability cards on their phones. He noted that some consumers have asked if mobile liability cards are excepted, since regulators haven’t approved this method.

“No they haven’t, we have kind of went the way of Uber in that we did it anyways,” Gemayel said. “We basically said that there’s not much that regulators can do to stop it because unless law enforcement actually gives a ticket. And sure enough we’ve actually never had a client that’s got a ticket from displaying that digital pink card on their mobile phone.” 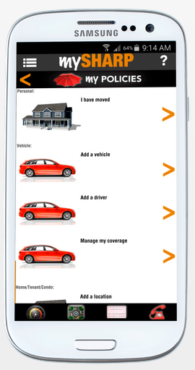 To help understand their customers, Sharp Insurance looked at mobile versus desktop users, when consumers are accessing the site (time of day), pages visited and bounce rate, Gemayel explained. The results were sometimes surprising. For example, the biggest usage for the app was between 8 a.m. and 5 p.m. “We were convinced people would use this technology more so during the evenings,” he said. “We are seeing about 65% of our clients actually use it during working hours, which told us that we had to deliver the experience the way they wanted. They really didn’t want to contact us during the day, they wanted to do things on their own time and how they wanted to be serviced.”

When the app was originally developed, Gemayel said, it was designed for claims submissions. However, as of this April, there were no claims requests through the app from about 6,000 users – up 64% from about 3,500 users last November that were using the app and online portal. “We went in thinking people are going to want to submit claims through a mobile app because it’s better and more accurate,” he said. Instead, most consumers were using the app for liability cards or policy information and the usage was pretty consistent from Monday to Friday.

Gemayel said that gleaning information from app users was important to understanding consumers from a distribution standpoint and how they want to interact with the brokerage. “Not understanding how your customers interact with you online is basically like driving at night without headlights on,” he said. “You might see a little bit, but ultimately you’re not going to get very far.”

Insurers who look at the future of data analytics most likely to succeed: speaker at Insurance Analytics Canada