The country’s payments infrastructure is long overdue for an update to ensure financial system stability amid the rapid advance of new technologies and the risks that accompany them, a senior Bank of Canada official said Thursday. 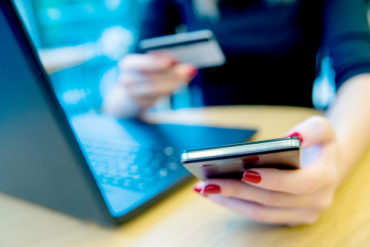 Deputy bank governor Sylvain Leduc warned that, for example, the systems must be able to keep up with new payment options that have mushroomed in recent years. He pointed to examples including innovations like PayPal, Interac e-transfers and Apple Pay.

Keeping the payment systems up to date, he added, is necessary to protect Canada’s financial stability and to address credit, liquidity and operational risks that can arise – including those that can even come in the form of a computer glitch.

The existing payment systems are also showing their age, Leduc said in a Toronto speech.

“I don’t want to be alarmist here, the systems are still functioning – but it could be improved,” Leduc said after the speech as he took questions from the audience at the event for Payments Canada, a not-for-profit group funded by financial institutions that helps oversee business and consumer transactions.

“We have look at the future to do this because at one point it’s going to be very costly to operate those (older) systems.”

He said that down the road the retail payments system must also be designed to allow enough openness to allow for consumers’ expectations of fast, efficient payment options, like PayPal.

If the system fails to stay up to date with these innovations, consumers may choose to adopt alternative, potentially unregulated forms of payment, that could eventually pose risks to the broader economy, he added.

“Modernizing systems when technological advances and other changes in the payments environment are occurring at such a fast pace is not only challenging, it is potentially paralyzing,” Leduc said.

“However, we all know that inaction is not without costs.”

He credited Payments Canada with undertaking a plan to modernize them.

The experiment looked at whether digital-ledger technology could underpin an entire wholesale payment system. Digital ledgers, which are the underlying technology behind cryptocurrencies like Bitcoin, are sometimes to referred to as “blockchain.”

The study found it may possible one day, but that it’s not quite ready because concerns over issues such as privacy must still be addressed, Bank of Canada senior deputy governor Carolyn Wilkins and Payments Canada president Gerry Gaetz wrote in an op-ed published Thursday in the Globe and Mail newspaper.