A severe storm that swept through Moose Jaw, Sask. during the third week of July has resulted in more than $71 million in insured damage, according to Catastrophe Indices and Quantification Inc. (CatIQ), which delivers detailed analytical and meteorological information on Canadian natural and man-made catastrophes. 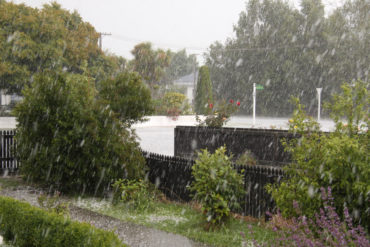 On the evening of July 22, a cold front caused severe thunderstorms across the southern parts of Saskatchewan, the Insurance Bureau of Canada (IBC) reported in a press release on Tuesday. A particularly severe storm formed over the north end of Moose Jaw, pelting the city with large hail.

Most of the more than 5,000 insurance claims filed as a result of this storm were related to hail damage. Across Moose Jaw, reports of damage to vehicles, windows, houses and other pieces of property were widespread, IBC said in the release, adding that the northern end of the city was the hardest hit.

The Canadian Press reported three days before the Moose Jaw storm that parts of south-central Saskatchewan were hammered with hail, heavy rain and even a tornado. During a public alert issued on July 19, Environment and Climate Change Canada said that a tornado had reportedly touched down near Davidson, Sask. Heavy rain and hail the size of baseballs were reported in various communities, Canadian Press said. Lightning caused power outages in Regina and power lines were snapped in some smaller towns.

“The Prairies experience more hail each year than almost any other part of Canada,” said Bill Adams, vice president, Western and Pacific, IBC, in the release. “It is important that Canadians understand their insurance policies and what’s covered. It’s also essential to have an emergency preparedness plan and know what to do before, during and after bad weather strikes.”