Home insurance clients might lack sufficient insurance if they own golf carts or all-terrain vehicles, an insurance lawyer warns.

“Someone might be driving a golf cart that they own privately, in a gated community, and they might not have any coverage for that unless they specifically bought insurance for the golf cart,” Chet Wydrzynski, associate with insurance defence law firm Dolden Wallace Folick, said in an interview.

Many motorized vehicles “don’t require any insurance if you are using your own vehicle on your own property,” Wydrzynski added.  There is no obligation on a golf cart owner to have insurance but the golf cart could still cause an accident, get named in a lawsuit and yet have no liability coverage. 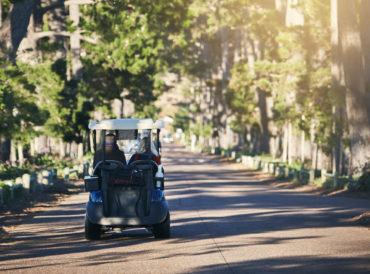 For brokers and insurers, “the solution is to ask proper questions on the application and offer the coverage,” Wydrzynski  said.

In Ontario, off-road vehicles are generally required to have liability insurance, but not all motorized vehicles are considered off-road. Several types of vehicles – including golf carts and self-propelled farming vehicles – are exempt from the Off-Road Vehicles Act. Drivers of those vehicles must be at least 12 years old.

The act includes – as an off-road vehicle – one which is propelled by something other than a human or the wind. It also must either have three wheels or less, or have more than three wheels and be listed as “prescribed” in Ontario Regulation 863. That regulation includes dune buggies and some types of ATVs. Also included are vehicles designed for all-terrain use which “have steering handlebars and a seat that is designed to be straddled by the driver” and which “four or more wheels and a seat that is not designed to be straddled by the driver.”

Under the Highway Traffic Act, several types of vehicles – including power-assisted bicycles, motorized snow vehicle and tractors – are excluded from the definition of motor vehicle.

Some of these non-conventional vehicles are excluded under homeowners’ insurance policies, Wydrzynski said.

But some insurers have separate optional extensions on their homeowner policies for off-road vehicles and those would extend coverage to ATVs, dirt bikes and snowmobiles, Wydrzynski added.

“It seems like there is a new type of vehicle every two weeks and the legislation just isn’t really keeping up with all the new vehicles that are coming out constantly. This is not limited to Ontario by any stretch of the imagination.”

In Newfoundland, an ATV owner was named as a defendant in a lawsuit arising from an accident involving an ATV in 2006. Tanya Pender was riding as a passenger on that ATV at a gravel pit on the outskirts of St. John’s. Driving the ATV was a friend of the owner’s child. Pender suffered serious head injuries after the ATV collided with a rock crushing machine.

The ATV was not insured under the owner’s auto policy. The ATV owner’s home insurance policy – written by the Dominion of Canada General Insurance Company – had an exclusion for “the ownership, use or operation, by you or on your behalf, of motorized vehicles.” In Dominion of Canada General Insurance Company v. Hannam, released in 2013, the Newfoundland and Labrador Court of Appeal ruled that the Dominion did not have a duty to defend the ATV’s owner but did have a duty to defend the owner’s wife and son, who were also named as defendants in Pender’s personal injury lawsuit.