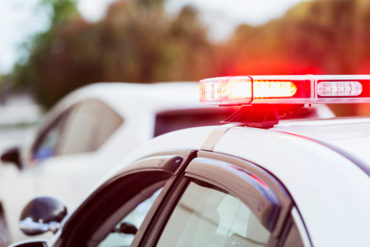 “None of the results from the testing will be used against volunteers in court as evidence in any criminal or administrative proceeding,” Public Safety Canada  stated in a release. “The testing results will help establish possible future operating procedures.”

The program was announced by Public Safety and Emergency Preparedness minister Ralph Goodale.

“In parallel, Canadian standards for oral fluid devices will still need to be established before a government procurement process for the device can be launched,” Public Safety Canada stated.

One purpose of the pilot project is to “test how well officers are able to use certain roadside drug testing devices on motorists under different weather conditions,” Public Safety Canada noted. The police services involved will use the devices “with drivers and passengers who volunteer to anonymously provide a sample.”

Those police services include Toronto, Vancouver, Halifax, the Ontario Provincial Police and the city police in Gatineau, Quebec, across the Ottawa River from Ottawa. City police in Yellowknife and North Battleford, Saskatchewan (provided under contract by the Royal Canadian Mounted Police) are also participating, Public Safety Canada reported.

In Ontario, police have had the power, since October, to impose three-day roadside licence suspensions for drivers found to be operating a motor vehicle while impaired by a drug or by a combination of drugs and alcohol. That power was granted with the Transportation Statute Law Amendment Act (Making Ontario’s Roads Safer), Bill 31, passed into law June 2, 2015.

Ontario drivers found to be under the influence of drugs also face a $180 penalty, starting Oct. 2. Essentially, Bill 31 added sections to the Highway Traffic Act to “mirror” the existing licence suspensions for drivers found to have a blood alcohol level of more than .05%, or where the driver blows a “warn.”

In B.C., the Motor Vehicle Act stipulates that a peace officer must take possession of a driver permit, and serve on the driver a notice of driving prohibition, if the driver blows a warn or fail, and if that officer “has reasonable grounds to believe, as a result of the analysis, that the driver’s ability to drive is affected by alcohol.” B.C. police can suspend a licence for up to 90 days, impound a vehicle for up to 30 days and impose a fine of up to $400 for drivers who blow a warn.

The B.C. ARP scheme “targets, in part, specific criminal activity and imposes serious consequences, without the protections attendant on criminal investigations and prosecutions,” Madam Justice Andromache Karakatsanis of the Supreme Court of Canada wrote on behalf of the majority in the Goodwin decision released in October, 2015. “However, the consequences relate to the regulation of driving privileges.”

Richard Goodwin was stopped in 2011 by a peace officer. Court records indicate the peace officer demanded a breath sample but Goodwin did not provide a “suitable” sample. So Goodwin had his vehicle impounded for 30 days and his license suspenced for 90 days.

In a divided ruling released in 2015, the Supreme Court of ruled that the portions of the ARP scheme applying to drivers who fail breathalyzer tests – as it existed in 2010 – violate the Canadian Charter of Rights and Freedoms. But B.C. changed its law in 2012.

Another issue currently before the Supreme Court of Canada is whether a judge can admit opinion evidence from a drug recognition expert without holding a “Mohan” voir dire.

Carson Bingley was charged, and acquitted twice, of impaired driving after a 2009 incident in Ottawa. A third trial was ordered after a crown appeal. That order for the third trial was upheld by the Court of Appeal for Ontario. Bingley appealed that ruling to the Supreme Court of Canada, which heard Bingley’s case Oct. 13 and has yet to release its ruling on whether the judge who acquitted Bingley the second time erred.

A DRE has the power, under the Criminal Code of Canada, to conduct an evaluation of whether a “person’s ability to operate a motor vehicle, a vessel, an aircraft or railway equipment is impaired by a drug or by a combination of alcohol and a drug.” That power exists when a motorist is suspected of operating a vehicle impaired by drugs or a combination of drugs and alcohol.

In his second trial, the judge ruled DRE evidence was inadmissable after putting the opinion evidence to a Mohan voir dire, a procedure named after a 1994 Supreme Court of Canada ruling, in which a sexual assault conviction against Chikmaglur Mohan was restored. The “admission of expert evidence” depends on the application of four criteria, the Supreme Court of Canada ruled in Mohan. Those are relevance, necessity in assisting the trier of fact, the absence of any exclusionary rule and a “properly qualified expert.”

In Bingley, the Court of Appeal for Ontario ruled that the judge who acquitted Bingley the second time erred in having opinion evidence from the DRE subject to a Mohan voir dire.

“A contextual reading” of section 254(3.1) of the Criminal Code of Canada “makes it clear that DRE opinion evidence is admissible to prove the offence without the need for a Mohan voir dire,” Madam Justice Eileen Gillese of the Court of Appeal for Ontario wrote.

Section 254 (3.1) “permits an evaluation that results in the DRE forming a conclusion – that is, to form an opinion – on the issue of drug impairment,” wrote the Ontario Ministry of the Attorney General in its factum. “By its very nature, a conclusion is intended to be acted upon. Conclusions formed following a drug evaluation are meaningless unless they are also admissible as proof of the offence. Consequently, admissibility is an essential component of Parliament’s intent to create the legal framework necessary for an effective regime to combat drug-impaired driving.”

However, the Canadian Civil Liberties Association, which has intervener status in Bingley’s appeal, argued that “being qualified to conduct an evaluation in the field, for the purposes of laying a criminal charge, is not the same thing as being qualified as an expert for purposes of giving an opinion at the ensuring trial.”

In its press release Dec. 14, 2016, Public Safety Canada noted that peace officers are authorized by the Criminal Code to demand field sobriety tests.

“If the officer develops reasonable grounds to believe that an impaired driving offence has been committed, they can make a further demand for a drug recognition evaluation by a specially trained evaluating officer,” Public Safety Canada added.