If Canada’s Federal Court were to rule against an Ontario auto insurer sued over allegedly obtaining credit scores of auto accident benefits claimants, the insurer might have to pay up to $10,000 a claimant.

A class-action lawsuit was filed April 10 in Federal Court against The Personal over alleged use of credit scores in adjusting accident benefits claims. It’s not clear yet how many claimants there will be if the lawsuit is approved. 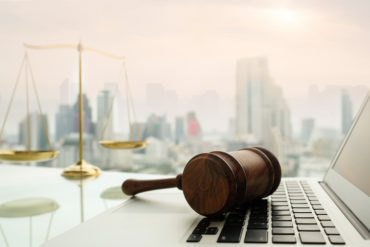 Law firm Waddell Phillips Professional Corporation is asking Federal Court to certify the lawsuit as a class action on behalf of a specific class of Canadian auto insurance claimants.

If approved by the court, that class would include people who made auto claims with The Personal Insurance Company after Jan. 18, 2012 “and who had their credit score information accessed by The Personal or its agents.”

In Canada “you don’t have to sign up or otherwise put your hand up to say you want to be included in the class proceeding,” Margaret Waddell, a lawyer with Waddell Phillips, told Canadian Underwriter Tuesday.

“We are always interested in knowing about and potentially hearing from people who are members of the class and typically if they reach out to us we keep a database to keep them informed as matters proceed,” she added.

Allegations against The Personal have not been proven in court. The statement of claim alleges The Personal does not have a “direct business need” for credit scores from accident benefits claimants and is in violation of the federal Personal Information Protection and Electronic Documents Act.

A spokesperson for The Personal’s corporate parent, Desjardins General Insurance, confirmed the insurer was served with a statement of claim. But Desjardins is not commenting other than to say it respects claimants’ privacy and will file a statement of defence in “due course.”

If the plaintiffs win, “the damages could be as high as $10,000 per person” Waddell told Canadian Underwriter Tuesday.

She alluded to the Court of Appeal for Ontario ruling in 2012 in Jones v. Tsige, which established the tort of intrusion upon seclusion.

Jones v. Tsige is significant because it means a plaintiff who has suffered an invasion of privacy can be awarded damages even if no economic loss is suffered.

In a 2017 report that references an investigation into a complaint against an unnamed auto insurer, the Office of the Privacy Commissioner noted it has previously found assessing risk and calculating premiums” for home insurance “is an appropriate purpose for collecting credit scores.”

In its report, the OPC found that the insurer did not obtain “meaningful consent” from the claimant to obtain that claimant’s credit score.

“Consent is not informed if individuals are unaware that providing it is optional,” the Office of the Privacy Commissioner stated. “The telephone script provided by the insurance company does not clearly indicate consent is optional.”

Plaintiffs are asking for an injunction prohibiting The Personal from “further using or accessing” personal credit scores for the purpose of adjusting auto accident benefits claims. They are asking Federal Court to award damages of $50 million, as well as aggravated, punitive or exemplary damages of $10 million.