TACOMA, Wash. – Officials with BNSF Railway say mudslides have forced the suspension of train traffic on a heavily travelled section of rails between Seattle, Washington, and Portland, Oregon. 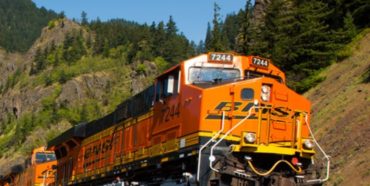 He says a 48-hour hold has been put on Amtrak trains between Seattle and Portland, and that hold is scheduled to last until 11:30 p.m. Saturday. On its website, Amtrak says it is seeking alternate transportation.

Melonas says the slides consisting of mud, rock, trees and debris coming from a 100-foot cliff started at about 9 p.m. Thursday. He says crews are using excavators and cranes to remove debris and that a ditch has been constructed to allow water to flow. He says it has been an extremely wet seven months in the area.

Melonas says about 60 trains per day from Amtrak, BNSF and Union Pacific use the tracks.