Munich Re and Insurance Europe are welcoming the successful conclusion of “covered agreement” negotiations between the United States and the European Union. 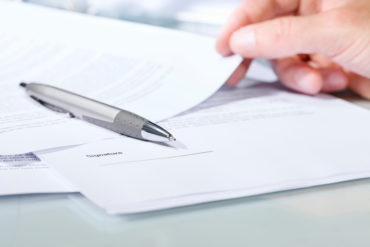 Munich Re said in a press release on Thursday that “finalizing the agreement is an important step to mitigate trade barriers and regulatory hurdles that threatened the efficient transfer of risk among global markets. Insurance Europe, the European (re)insurance federation, also welcomed the announcement.

A “joint EU-US statement” posted on the website of the Reinsurance Association of America (RAA) said that the agreement covers three areas of prudential insurance oversight: reinsurance; group supervision; and the exchange of insurance information between supervisors.

“We welcome the covered agreement as it reduces complexity and offers potential cost savings as the agreement is implemented into law,” said Tony Kuczinski, president and CEO of Munich Reinsurance America, Inc., in the release.

He also acknowledged the efforts of the insurance industry trade associations, working to eliminate trade barriers and to support global markets. “These persistent efforts to facilitate the successful negotiation of a covered agreement resulted in a win for competitive markets on both sides of the Atlantic,” Kuczinski said.

Cristina Mihai, head of prudential regulation and international affairs at Insurance Europe, said in a statement earlier this week that the federation supports the provisions foreseeing the removal of the “discriminatory collateral requirements that EU reinsurers were subject to when placing business in the U.S.”

“The agreement aims for the application of the same requirements to both EU and U.S. reinsurers placing business in each other’s jurisdictions, which will help support bilateral trade in (re)insurance, for the benefit of both consumers and economies,” Mihai suggested. “Looking ahead, Insurance Europe hopes to see a swift application of the spirit and provisions of this agreement by all relevant authorities, to ensure a successful outcome.”

The joint statement said that the agreement will “ensure ongoing robust insurance consumer protection and provide enhanced regulatory certainty for insurers and reinsurers operating in both the U.S. and the EU.” The negotiations resulted in a written agreement that is a “covered agreement” in the meaning of the Dodd-Frank Act for the United States and an agreement under Article 218 of the Treaty on the Functioning of the European Union for the EU.

By virtue of the agreement, U.S. and EU insurers operating in the other market will only be subject to worldwide prudential insurance group oversight by the supervisors in their home jurisdiction. For the United States, this preserves the primacy of the U.S. regulators with respect to oversight of U.S. insurance groups. For the EU, this preserves the primacy of EU oversight of EU insurance groups, the statement explained, adding that “the limitations on the exercise of worldwide group oversight outside of the home jurisdiction include limits on matters involving solvency and capital, reporting, and governance. Supervisors nevertheless preserve the ability to request and obtain information about worldwide activities which could harm policyholders’ interests or financial stability in their territory.”

The agreement also encourages insurance supervisory authorities in the United States and the EU to continue to exchange supervisory information on insurers and reinsurers that operate in the U.S. and EU markets. To support such information exchange, the agreement includes model memorandum of understanding provisions.

On Friday, ratings firm A.M. Best Company issued a press release related to an A.M. BestTV episode in which a panel of industry associations leaders discussed the agreement. “This panel thinks that the agreement is a good deal for the United States,” said Leigh Ann Pusey, president and chief executive officer of the American Insurance Association in the release. “It protects us from some of the concerns we have had about Solvency II and the burdens that it was placing on U.S. carriers and the discriminatory practices that U.S. carriers were experiencing in Europe. This agreement addresses those, along with some collateral and some information exchange issues.”

But Charles Chamness, president and CEO of the National Association of Mutual Insurance Companies said that he had some concerns about the agreement. “We agree that mutual recognition, greater understanding and putting down some of that understanding in this agreement is productive,” Chamness said in the A.M. Best release. “The concept of equivalence has a very specific meaning under Solvency II; however, it appears that we have not hit that objective in this negotiation. We are all evaluating that.”

The National Association of Insurance Commissioners (NAIC) said last week that state insurance regulators and attorneys from the NAIC are reviewing the agreement. Ted Nickel, NAIC president and Wisconsin Insurance Commissioner said in a media release that “as most state regulators were not allowed to participate in the process, the NAIC is coordinating a thorough review of the agreement to ensure consumer protections are not compromised through the preemption of state law, and we encourage Congress to do the same. Of great concern is the potential to use this agreement as a backdoor to force foreign regulations on U.S. companies.”