Munich Re posts profit of 684 million euros in third quarter 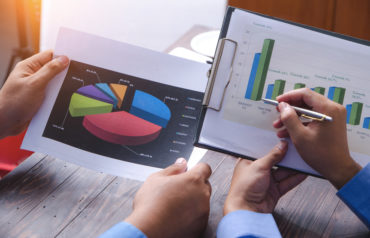 For the first nine months of the year ending Sept. 30, Munich Re posted a consolidated profit of 2.1 billion euros, down from 2.4 billion euros in 9M 2015, the company said in a press release on Wednesday. “Following the gratifying result for the third quarter, the profit for the current year is expected to significantly exceed the previously projected amount of €2.3 billion,” Munich Re said in the release.

Added the company’s chief financial officer, Jörg Schneider: “Munich Re is well on track with this quarterly profit of almost €700 million. We are now more optimistic about our profit guidance.”

In the reinsurance business, the combined ratio for property-casualty was 92.5% in Q3 2016, down from 94.5% in Q3 2015. The 9M 2016 combined ratio for property-casualty was 93.7%, similar to the 93.4% result in 9M 2015. Munich Re said in its financial results that the claims burden from natural catastrophes in 9M 2016 totalled 470 million euros compared to 149 million euros for 9M 2015, of which 145 million euros (Q3 2015: 62 million euros) was attributable to the third quarter. The highest expenditure for the third quarter resulted from severe flooding in Louisiana in August, for which the company anticipated net major-loss expenditure of around 60 million euros.

“As claims notifications for ‘basic losses’ from prior years remained appreciably below the expected level overall, Munich Re was able to release reserves totalling around €210 million in the third quarter, which was equivalent to 5.0 percentage points of net earned premiums in the third quarter,” the company said in the release. “For the first nine months, Munich Re thus released reserves totalling around €690 million, or approximately 5.4% of net earned premiums.”

Regarding the ERGO field of business, it generated a loss of 111 million euros for the period from January to September, including restructuring expenses of about 400 million euros gross (160 million euros net) for the ERGO Strategy Programme.

GPWs for Munich Health fell by 10.8% to 1.24 billion euros in the most recent quarter from 1.39 billion euros in the prior-year quarter. “The decline was attributable above all to the reduction of Munich Re’s share in a large-volume treaty in North America,” the company said in the release.

Owing to the good results posted in the second and third quarters, Munich Re expects a consolidated result for the full year that will be significantly higher than the 2.3 billion euros projected in May, the company said. “Whether and to what extent this is the case will, as usual, depend above all on the development of major losses, the capital markets and exchange rates. These expectations already take into account losses caused by Hurricane Matthew, for which Munich Re has based its estimates on very preliminary figures, and anticipates net expenditure in the low triple-digit million euro range.”

Concerning trends in reinsurance, Schneider said that the environment continues to be challenging. “If interest rates remain low, the scope for implementing additional reserve releases will play an even greater role in reinsurance business,” he said.

At the same time, Munich Re is also “vigorously pursuing” profitable growth opportunities in the traditional reinsurance business that present themselves in emerging markets, for example. “There is significant underinsurance for familiar risks such as natural hazards in those markets. Munich Re is well-positioned to provide financial capacity and expertise in this area.”

In addition, Munich Re has launched “innovation initiatives aimed at pushing back the boundaries of insurability,” the company reported. These include new insurance solutions for risks such as pandemics, or tailored concepts for the capital management of insurance companies. Munich Re is also partnering with insuretech start-ups and Digital Partners, a Munich Re unit with a global focus, has concluded joint ventures with companies like Slice, Trov, and simplesurance. In primary insurance, ERGO launched its new cyber risk coverage concepts for small and medium-sized enterprises in October.