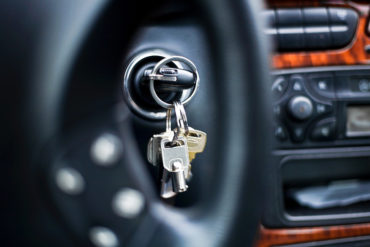 The Municipality of North Perth, located west of Toronto, said in a press release on Monday that last year, Perth County OPP responded to 67 separate incidents of auto theft and recovered stolen motor vehicles in the municipality. In these cases, more than 95% of stolen vehicles had the keys left in them when they were taken.

Police spent over 800 hours investigating these incidents, the release said, adding that an additional 563 hours was spent by police investigating other thefts in the Municipality of North Perth.

“The Municipality of North Perth, Perth County OPP and Trillium Mutual Insurance strongly believe that victim action and community awareness on the widespread consequences of preventable auto theft is key to solving the problem,” the municipality said in the release. “With over 135 years of insurance knowledge protecting and enhancing farm and community lifestyles across Ontario, Trillium directly sees the cost associated with auto thefts in the area.”

The release noted that there are several steps that can be taken to reduce “preventable” auto theft:

“By partnering with the Perth County OPP and Trillium Mutual Insurance on this crime prevention initiative, the Municipality of North Perth is protecting the security of our residents and ensuring tax dollars are used as effectively as possible to support important municipal services,” North Perth Mayor Julie Behrns said in the release. “We all have a role to play to decrease the prevalence of preventable auto theft and its financial implications. We encourage you to join our efforts by diligently securing your property and monitoring your neighbourhood.”