Greenhouse gas (GHG) emissions in New Brunswick are not projected to decline much further under the status quo, and meeting 2030 and 2050 targets will require “significant action” from provincial and federal initiatives, the Auditor General of New Brunswick said in her 2017 general report. 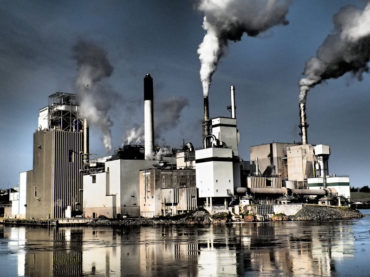 Auditor General Kim MacPherson tabled her report assessing the province’s progress towards reducing GHG emissions and adapting to climate change as part of ongoing work on climate change by all auditor generals across Canada, the Auditor General of New Brunswick said in a press release on Tuesday.

Emissions in New Brunswick have declined from their peak in 2005 and reduction targets set for 2020 in the provincial climate change action plan are on track to be met, the auditor general reported. However, MacPherson found emissions are not projected to decline much further under the status quo, and meeting 2030 and 2050 targets will require significant action from provincial and federal initiatives.

“Overall, we found many action items do not have timelines or implementation plans,” MacPherson said in the release. “If targets were legislated, it would give government authority to enforce these actions.”

Chapter 3 – Department of Environment and Local Government & NB Power – Climate Change of the report showed that N.B. emissions represent only a small portion of Canada’s overall output, but the province ranks as the seventh highest GHG emitter per capita. Electricity generation, industry and transportation are the three dominant contributors to New Brunswick’s GHG emissions.

The report also shows that while NB Power has renewable energy targets, it does not have specific GHG reduction targets to guide reduction efforts in the future. Furthermore, a recently announced federal initiative to phase out coal-fired electricity by 2030 also poses potential operational risks to NB Power, as its Belledune Generating Station produces 13% of NB Power’s total capacity. “As one of the province’s largest emissions producers, NB Power should have specific reduction targets set,” MacPherson said in the release. “In addition, impacts and solutions relating to a potential phase-out of the Belledune coal-fired plant should be developed and analyzed.”

“Adapting to climate change may be one of the greatest challenges for communities, governments and corporations in the coming decades,” MacPherson said. “Without a comprehensive risk assessment for the province, it will be difficult to consistently identify risks and priorities.”

MacPherson made five recommendations to the Department of Environment and Local Government, including: proposing to cabinet that GHG emission targets be legislated; setting specific GHG emission reduction targets for NB Power to ensure the provincial targets are achievable; and finalizing an implementation plan that describes how and when the actions identified in New Brunswick’s Climate Change Action Plan will be implemented.

She also made three recommendations to NB Power, which include performing a corporate climate change vulnerability assessment and one recommendation specific to the Belledune Generating Station.