HALIFAX – As Nova Scotia’s provincial election campaign has unfolded amid deadly heat waves in Western Canada and catastrophic flooding in Europe, the topic of preparing the province for its own potential weather disasters has been submerged by other issues.

That’s not surprising to David Kogon, the mayor of Amherst, the community that sits beside the potential ground zero of a Canadian climate change disaster.

“Climate change should be a political hot topic, but I think people today in 2021 are probably more concerned about their personal health care as a problem than rising sea levels,” he said in an interview Monday, two days after western wildfires brought haze and a reddish sun to the province.

Kogon, who is also a physician, wishes it weren’t so, given the importance of climate change adaptation to his town.

Experts have for decades warned that the combination of a high tide with a powerful storm up the Bay of Fundy could overwhelm aging dikes and flood large portions of Amherst, as well as neighbouring Sackville, N.B. Meanwhile the sea level at the mouth of the Bay of Fundy has been rising at a rate of about 2.4 millimetres a year over the past century, even as the dikes and coastal land continue to subside.

If the disaster occurs, vital transportation and utility links could be severed for weeks, affecting the entire province’s supply of food, medicine and other essentials. 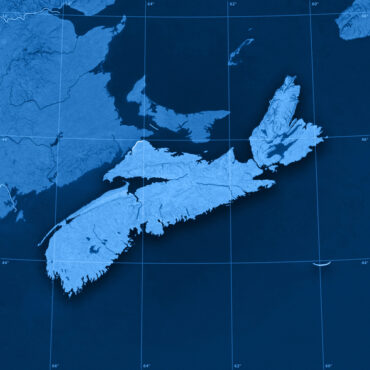 An engineering study looking at ways to prevent flooding is under review by the federal, Nova Scotia and New Brunswick governments, and the party that wins the Nova Scotia election will likely face major funding decisions within the next mandate.

A 2016 federal study looked at adapting the Chignecto Isthmus, a narrow, low-lying strip of land connecting Nova Scotia to New Brunswick, to climate change. It concluded possible costs ranged from $90 million to build up and alter the existing dikes to $345 million to completely reroute highways and railways. All the options needed at least five years to complete.

Still, the major parties have only brief comments on climate adaptation in their platforms and no specific costing.

The Progressive Conservatives say they will “build climate change adaptive capacity,” and will ensure municipalities “have sufficient resources to take immediate and long-term action on their adaptation priorities.”

The NDP doesn’t specifically mention the isthmus in its 10-year “vision document,” but promises to partner with municipalities in “establishing a fund for climate adaptation projects that would create local jobs and protect municipal infrastructure.” A more detailed platform is expected before the Aug. 17 election.

In an interview Monday, party leader Gary Burrill said “the public spending that is required to mitigate sea level rise in every respect is very, very important and that includes sea level rise in Cumberland County (the county on the Nova Scotia side of the isthmus).”

The Liberals have yet to provide a full platform. On Tuesday, leader Iain Rankin said his government has supported the study of the Chignecto Isthmus solutions, adding “it is one piece of climate change strategy – how we adapt and mitigate the effects of climate change – and we will continue to be a partner in important infrastructure projects like that.”

The Green party, which has no seats in the legislature, released a platform this week that states it would direct resources in all provincial departments towards adapting to climate change and provide adequate financial and resource support to municipalities for mitigation and adaptation.

Ottawa currently helps provinces with disaster mitigation projects through a special fund topped up in the most recent federal budget. However, Nova Scotia can expect competition for federal funds from other provinces, and the adaptation projects needed to protect the province’s coastline from rising seas may involve more than just the isthmus.

A study by a team of geographers at Saint Mary’s University has indicated that about 70 per cent of the 241 kilometres of dikes in the province could be overtopped in a severe tidal surge coming up the Bay of Fundy.

Mimi O’Handley, a spokeswoman for Nova Scotia’s major environmental group, the Ecology Action Centre, says the organization is glad to see the topic of adapting to climate disasters mentioned in platforms, but her group would like to see more detailed commitments from the parties.

She said in an email that as major storms increase in frequency and severity, the centre is calling for “bold fiscal commitments for immediate and long-term adaptation actions.”

Dr. Laurette Geldenhuys, a pathologist and chair of the local chapter of the Canadian Association of Physicians for the Environment, said in an interview Thursday that doctors who study the causes of illnesses are increasingly aware of the fallout from weather disasters like the one in British Columbia, where heat-related deaths shot up this summer.

In Nova Scotia, the existing shortfalls on coastal protection and municipal infrastructure could mean flooding disasters will lead to contamination of water supply and homelessness among the poor and vulnerable, she said.

Meanwhile, without long-term investments in adaptation soon, she warns that cleaning up after disasters could drain budgets of funds politicians are currently targeting for health care.

“I was a little alarmed of how climate was not front and centre in the party platforms,” she said.