Chubb Limited has estimated that natural catastrophe losses in the second quarter of 2016 cost the insurer US$390 million pre-tax, or US$315 million after tax. 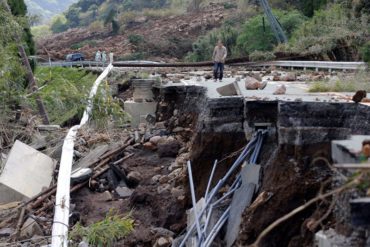 According to Chubb’s estimate, released on Tuesday, of the pre-tax total, US$320 million is from natural catastrophes in North America and US$70 million is from events outside North America. The estimate is net of reinsurance and including reinstatement premiums, Chubb noted in a press release.

“The company is providing this estimate in light of the elevated number of natural catastrophes experienced by the industry globally in the quarter, totaling more than 25 events with estimated insured losses ranging from US$15 billion to over US$20 billion,” Chubb reported. The company’s estimate covers losses for multiple weather events in the United States, the Japanese and Ecuadorian earthquakes, the Fort McMurray wildfires and the European floods, among other natural catastrophes.

Phillip V. Bancroft, Chubb’s chief financial officer, noted in the release that the estimate exceeds the insurers’ original internal projection of US$280 million pre-tax. “The company expects this special disclosure will further investors’ understanding of the new Chubb and contribute to the accuracy of the investment community’s financial models,” he said.

In its financial results for the first quarter of 2016, the insurer reported that its net income was down 35.6% to US$439 million, compared to US$681 million in the prior-year quarter. “Net income was adversely impacted by US$0.43 per share comprising Chubb integration and related expenses, the amortization of fair value adjustments and purchase accounting adjustments on operating income of US$0.06 per share,” Chubb said in a statement in early May.