In a LinkedIn post Wednesday, Lafreniere said he will continue as a consultant for CAMIC over the next few weeks, pending the arrival and onboarding of the new CAMIC president. The association’s board of directors is expected to make an announcement later this month, Lafreniere said in an interview Tuesday.

“Over the years, I have dealt with many of you – you have made my working life easier and more interesting,” Lafreniere said in the post. “I hope our path will cross in the future.”

Lafreniere received 75 comments on his post from well-wishers in the industry, including Randy Carroll, an advisor to Apollo Exchange, a national online insurance marketplace, and Glenn McGillivray, managing director of the Institute for Catastrophic Loss Reduction. 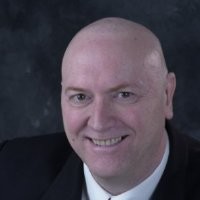 “Normand, it has been a pleasure working with you over the years and your membership was well-served under your guidance and oversight. All the best going forward,” Carroll wrote.

“All the best to you, Normand,” McGillivray echoed. “Enjoy your retirement. You deserve it!”

During his time at CAMIC, Lafreniere dealt with a variety of issues, including demutualization.

Economical Insurance is currently the only example of demutualization in the P&C space. The Waterloo, Ont.-based insurer is still in the process of demutualizing, but the next policyholders’ vote is not going to happen this year, the company said June 30.

In an interview with Canadian Underwriter in January 2018, Lafreniere said he hadn’t heard any interest at all in demutualizing from any of the association’s members. But mutuals do merge a couple of times a year on average, he said at the time.

Lafreniere has been with CAMIC for nearly three decades (since 1993), and held a number of positions with the federal government prior to that, including in the industry, energy and finance departments.

“They were looking for someone who had experience in finance, so I was bringing that to them,” Lafreniere said of how he joined the national mutual association. “The purpose at the time was to deal with some tax issues that mutuals had with the federal government, and so they decided to have someone who had some experience on tax issues.”

What does he have planned for his retirement? Besides driving through the Rockies and visiting some countries in Europe (after COVID-19 clears up), Lafreniere also wants to stay active by golfing and bicycling with his wife. He also wants to be on the board of directors of Canadian companies conducting business outside Canada.