Canadians are not fully aware of their exposure to natural catastrophe risks, triggering a conversation at the C4 2018 conference in Ottawa about who is responsible for shouldering the heavy load of mounting disaster recovery costs. 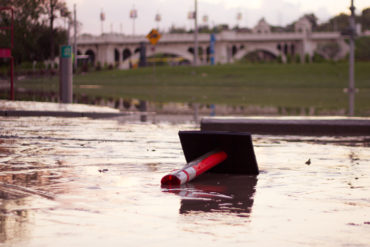 Organized by Catastrophe Indices and Quantification Inc. (CatIQ), the 2018 C4 conference brings together researchers, government representatives, risk managers, insurance professionals, and other sectors that deal in the area of Canadian catastrophes.

“To me, risk perception and risk ownership are the two greatest impediments to building a more resilient Canada in the context of national disaster risk reduction,” Alex Kaplan, Swiss Re’s head of North America and senior vice president of global partnerships, told a conference workshop Wednesday.

“Number 1: Do we understand what we are exposed to, and can we make decisions based upon that accurate information?

On the first point, Canadians need to be much more aware of their risks than they currently are, said Matthew Godsoe, manager of the research unit at Public Safety Canada. “Not all Canadians know what their risks are,” he said. “Recent surveys have shown that people living in high-risk flood plains have almost no idea that that’s where they are living.”

One consequence of not collecting and sharing information about flood mapping is that Canadians get into a costly pattern of re-building in the same risk areas, speakers at the conference noted.

This pattern is taking its toll on Canada’s property and casualty insurance industry, which has paid out more than $1 billion in catastrophe losses each year for five of the past seven years. It has also elevated the costs of Canada’s Disaster Financial Assistance Arrangements program, which helps the government equalize payments that provinces and territories make for disaster recovery.

“We’re looking at about $900 million, in terms of the estimate I have seen over the next five years, and that number continues to mount,” Godsoe said. “We know this is something that we have to deal with. We also recognize that they way we are dealing with these risks is certainly not able to keep up with the increases that we continue to see, so something has to change in the way we deal with these disaster risks.”

Globally, the role of insurers in financing the costs of disaster recovery is diminishing at a time when the losses are increasing. Only 30 per cent of the total economic cost of global disasters are insured, Kaplan noted, leaving the rest of the 70 per cent to fall on the shoulders of governments, individual taxpayers, communities, businesses, etc.