Nearly 400 motorists caught for failing to buckle up in Saskatchewan in February: SGI 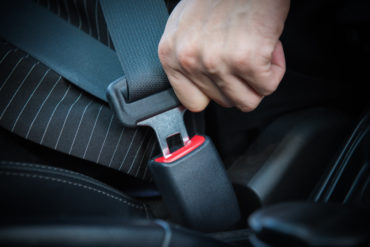 According to SGI, wearing a seatbelt reduces a person’s risk of being injured or killed in a crash by about 50%. Still, in 2015, improper or non-seatbelt use contributed to a total of 17 deaths and 194 injuries in the province, with 73 of those injuries being children under the age of seven.

In addition to the occupant safety focus, provincial police also reported nearly 5,000 other offences, including 4,168 speeding/aggressive driving offences, 281 impaired driving-related offences and 348 distracted driving offences (including 266 for cellphone use). These results include all traffic safety focus results for February submitted by police as of March 20, 2017.