Drivers in nearly all age groups in the United Kingdom are paying record amounts for their car insurance and could face further increases unless the government takes action to reduce claims costs, the Association of British Insurers (ABI) warned recently. 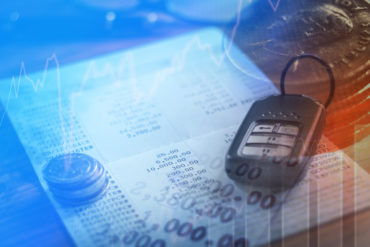 According to new figures from ABI, between 2015 and 2016, all age groups except those under 21 – where the increasing use of telematics is keeping premiums under control – faced increases in their average premium, ABI said in a press release on Saturday. Those in their late 50’s and late 80’s faced the highest increases – nearly 35 pounds in the year, the release said.

The figures pre-date the government’s decision to cut the personal injury discount rate (Ogden rate), “which massively increases claims costs and will inevitably lead to higher premiums,” the release noted. Recent increases in insurance premium tax will also have an impact on the cost of insurance, ABI added.

Over 100 days since the government dramatically cut the personal injury discount rate to -0.75% from 2.5%, “there has been no decisive action to address the issue,” the release said. “This is despite the discount rate costing the [National Health Service] £1 billion a year and increasing insurance claims costs, making rises in premiums inevitable. At the time of the cut, analysts PwC estimated this could see premiums rise by up by £50 – £75 on average, with young people facing the biggest increases.”

ABI director general Huw Evans said that with inflation on the rise, motor premiums at a record high and the public purse under pressure, “it’s concerning that the government have yet to commit to delivering a fairer system for setting the personal injury discount rate. We’re pleased the government are going to bring forward a civil liability bill to reform whiplash style personal injury compensation, but the benefits could be wiped out if they don’t defuse the discount rate bombshell.”

The most recent ABI motor premium tracker for the first quarter of the year showed the average premium paid at 462 pounds, up by 8% since Q1 2016 and adding an extra 33 pounds a year to the cost of insurance.

A number of insurers have already publicly confirmed that premiums have gone up as a result of the decision in February to cut the discount rate from 2.5% to -0.75%, ABI reported. The association has also warned that, with such huge cost increases, these initial premium rises are likely to be followed by further waves of increases that will take place between now and the beginning of next year.

“This is because reinsurance renewals are due around now or at the beginning of 2018,” ABI suggested. “Many insurers choose to reinsure against large risks, such as catastrophic personal injury claims, which means some of the impact of the recent change will so far have been absorbed by existing reinsurance contracts. But given the size of the discount rate cost impact, reinsurance premiums are likely to increase on renewal. This will add to insurer costs which will inevitably feed through to the premiums insurers have to charge customers.”

Most reinsurance renewals will take place in January 2018, meaning the third wave of increases could well be the largest if a new rate has not been set by then, ABI warned.