Need for building code upgrades ‘did not come about’ due to ice damage: Alberta court

The Supreme Court of Canada will not be hearing an appeal from an Edmonton shopping mall owner, whose award – of more than $500,000 against insurers, arising from a disputed claim involving building code upgrades – was reversed on appeal. 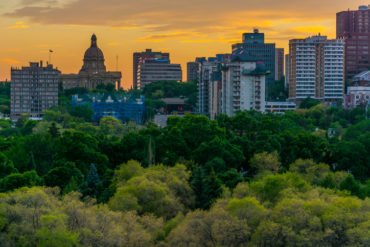 Canada’s highest court announced Aug. 10 it has denied an application, from 852819 Alberta Ltd., operating as Centre South, for leave to appeal a decision released this past March by the Alberta Court of Appeal.

During the winter of 2010-2011 one of the strip mall’s tenants was renovating its rear vehicle door. “The contractor had tarped an overhead door to provide insulation while the door was being replaced,” Justice Don Manderscheid of the Alberta Court of Queen’s Bench wrote in a ruling release March 30, 2016. “The contractor heated the area under the tarp, causing snow and ice to melt. Water flowed into an unheated roof drain, and froze and expanded, thereby damaging two portions of the roof. Five joists were damaged in one area, and two were damaged in another.”

Engineers investigating the damage recommended that undamaged areas of the roof should be strengthened in order to meet the requirements of the 2006 Alberta Building Code.

Ultimately, a contractor was retained “install new, supplementary roof joists, ‘doubling up’ many of the existing joists.” This cost about $527,500.

The insurance policy had a “building bylaws” endorsement covering, as a result of an insured peril, “any necessary increase in the cost of repairing, replacing, constructing or reconstructing the building, or structures, on the same site or on an adjacent site, of like height, floor area and style, and for like occupancy; arising from the enforcement of the minimum requirements of any by-law, regulation, ordinance or law.”

Justice Manderscheid’s ruling, in favour of the claimant, was reversed on appeal.

“The structural deficiency involving the undamaged portion of the building’s roof did not come about as a result of the ice damage,” wrote Justices Marina Paperny, Frans Slatter and Frederica Schutz of the Alberta Court of Appeal.

In its ruling released March 3, 2017, the appeal court noted the Court of Queen’s Bench ruling was released before the provincial appeal court released its ruling in Roth v Economical Mutual Insurance Company.

“In July 2012, heavy rainfall caused a storm sewer overflow which resulted in limited water damage to the wood frame building,” the Alberta Court of Appeal wrote in its December, 2016 ruling.

The property policy, written by Economical Mutual, had a form covering “Contingent Liability from Enforcement of Building By-laws.” In that form, Economical covered, among other things, “any increase in the cost of repairing, replacing, construction or reconstructing the buildings … arising from the enforcement of the minimum requirements of any by-law, regulation, ordinance or law.”

The cost to replace the wood frame building was estimated at $471,000.

Inter-City argued that “it is enough that the water ingress led to the discovery of the defects; a causal link between the storm sewer overflow and the building code defects themselves is not required.”

The summary trial judge’s ruling, in favour of Roth and Inter-City Collision, was reversed on appeal, in a ruling released Dec. 19, 2016.

“It cannot reasonably be suggested that either the insurer or insured would have anticipated recovery for pre-existing deficiencies in a building where the peril insured against (water damage, in this case) did not actually create the bylaw issue,” the Alberta Court of Appeal ruled. “Extending coverage in such cases would require that the insurer determine in each case whether the property complied with all relevant bylaws, as it would be responsible for the costs of remedying any and all deficiencies unearthed as part of subsequent damage insured against. Quite apart from the fact that this would be practically impossible in most cases, it would also effectively turn an insurer into a guarantor of construction defects and building code violations.”

In Roth, the Alberta Court of Appeal cited case history, including the Supreme Court of Canada ruling in 1979 in Consolidated-Bathurst v. Mutual Boiler.

In 1968, a machinery failure caused a shutdown at a Consolidated-Bathurst plant in New Richmond, Que.

Mutual Boiler wrote a policy covering loss or damage to property caused by accidents to “objects,” which in the policy included pressure valves and certain piping, among others.

Among the things excluded from the definition of accident were “depletion, deterioration, corrosion, or erosion of material.”

A trial judge in Quebec found that damage to heat exchangers was caused by corrosion, and this damage was “not of a sudden and accidental nature.”

But the Supreme Court of Canada found that if the insurer was correct, then Consolidated Bathurst “would have purchased, by its premiums, no coverage for what may well be the most likely source of loss, or certainly a risk pervasive through much of the plant.”

In Consolidated-Bathurst, Supreme Court of Canada Justice Willard Estey noted that courts “should be loath to support a construction which would either enable the insurer to pocket the premium without risk or the insured to achieve a recovery which could neither be sensibly sought nor anticipated at the time of the contract,” the Alberta Court of Appeal wrote in 2016 in Roth.

In Roth, the appeal court found that a clause in Economical’s policy providing contingent liability from enforcement of building by-laws was ambiguous and therefore “the doctrine of reasonable expectations resolves that ambiguity in favour of Economical.”

More News
Related
Exclusion clause for ‘conversion’ in comprehensive auto policy ‘does not come close’ to being easily intelligible: Court
Supreme Court of Canada will not hear appeal from insureds seeking replacement cost instead of actual cash value in fire claim
Manitoba Public Insurance announces higher third party auto liability coverage, up to $10 million
Does CGL’s duty to defend apply to the insurance policy as a whole?