Social media can serve as an important tool in a scattergun approach that helps the public to be better informed, further engaged and more prepared in the event of an emergency or disaster, suggests Melanie Irons, PhD, psychology lecturer with Charles Darwin University in Australia. 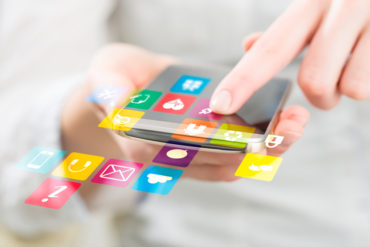 “I think social media needs to be seen as a tool that goes hand-in-hand with every other tool you’ve possibly got,” Irons told Canadian Underwriter in advance of speaking Wednesday on using social media and spontaneous responders at the World Conference on Disaster Management. Sponsored by the Canadian Centre for Emergency Preparedness, the conference runs June 7-8 in Toronto.

That scattergun approach includes, among other things, traditional media, contact with journalists, putting signs on the road and putting items on the radio, Irons says. Social media, though, offers a number of benefits – chief among these, accessibility, speed and ability to communicate with many people rapidly – and promotes a “web of communication that just wasn’t allowed prior to social media,” she points out.

“The public can be kept up to date second by second. So gone are the days of a morning press release and an evening press release and you don’t hear anything else between,” Irons says. If the situation changes and new information becomes available, this can now be “pushed to people; they’re actually not having to turn on the TV, to chase the material. It’s coming straight to their phones.”

Each social media tool has its own benefits, Irons points out, but suggests Facebook holds huge promise because of its “sense of community and building conversations and encouraging people to really connect and create something that’s going to last longer than just the immediate response.”

Of course, no tool is without its cons. For social media, these include access to networks and the speed at which misinformation can be spread, Irons says.

Although these concerns exist, however, she suggests they may not always be as big problems as some perceive.

With regard to technology, for example, cellphone batteries do run out and networks do go down, Irons acknowledges. However, people may still be able to access things like “Facebook and Twitter because of the low bandwidth, so sometimes it can be the only tool that is available,” she points out.

Of the spread of misinformation, Irons told CU, “I hear that issue less and less now.” Plenty of people still do not necessarily have an understanding of social media, she says, but those who are fairly social media strategy do not assume all information presented is accurate and understand corrections can quickly follow.

“When we’re talking about a really serious crisis situation where people are constantly updating their social media to get instant, real-time information about evacuating or things like that, I would say people will take information on social media and verify it through their own channels,” Irons says. These might include a trusted source in the media, a trusted agent or a personal connection.

One of the times Irons sees misinformation in an emergency situation being potentially truly problematic is “if something is so time-critical that you just can’t get the right information out in time,” she told CU.

All that said, “disasters are disasters. They’re so fluid and they’re so ambiguous and they’re so fast-moving, so I think people kind of know that they’re not going to get this perfect situation with all the correct information,” Irons (pictured below left) says. “As long as they’re being kept as up-to-date as possible and not being lied to and everything is being as transparent as possible, people know it’s a disaster.” 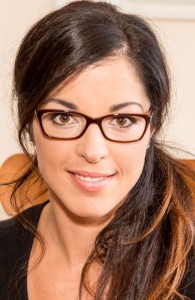 Anyone involved in emergency management, she suggests, has “a responsibility to give them the best quality information we have. We can’t hold stuff back. We have to give them as much information as we can so that they can make the most responsible, the most informed decision that they can based on their situation and what they’ve been told,” Irons emphasizes.

People now have big expectations, she says, adding that that is something those in emergency management need to manage. “As part of being transparent and honest, we need to be clear with people about what can and can’t be done for them in a disaster,” she told CU.

For example, a person may expect to receive a response from a question posted on a Facebook page within an hour. But in a disaster, that individual may not receive a reply at all.

There are other ingrained expectations as well. “The expectation that a big, red shiny truck will appear on your doorstep and fight the fire for you, I think that’s still something that has stayed strong in people’s ideas,” Irons says. “People are quite surprised when they realize that they are actually on their own. In a disaster, there’s no way to get help to everybody,” she says.

As part of public education and understanding individuals’ responsibilities, it needs to be made clear that emergency officials are “not kidding when they say you have to be prepared to look after yourself for three days. That’s not just as an ‘in case’; that’s what’s going to happen. You may well find yourself in a situation where there is no help for 72 hours,” Irons comments.

Education is part of the big push now toward the notion of shared responsibility, in which citizens have a role to play in emergency management and response, she says. The public needs to understand “emergency services and government is not going to do it all.”

That is an important part of messaging, “sort of letting go of control and a bit more of empowering the community to look after themselves. I think that can have a huge benefit,” she suggests.

Irons told CU she is encouraged with how attitudes are changing toward social media and how it can be used in emergencies and disasters. There is “never going to be a fool-proof strategy for everything, but I’m really encouraged to see people recognizing that the pros really do outweigh the cons,” she says. “That didn’t used to be the attitude. The attitude really was the exact opposite.”

However, challenges do remain. Irons – a frequent speaker on social media, spontaneous volunteers and the psychological component of recovery – suggests “those three areas are quite difficult for people with command control, quite traditional training, to gets their heads around.”

There is a need for greater openness from everyone involved in emergency management to any option that can help, Irons suggests. “We need these command and control structures for when things are going horribly wrong,” she says, citing Fort McMurray and the need for officials to issue evacuation alerts. “This was not negotiable,” Irons says. “You needed that sort of messaging.”

Still, things have been moving very quickly with social media over the last couple of years, she points out.

“My old message was very much, ‘Your organization and your department needs to go on social media,’” she relays. And while there are still groups that are not on social media, more and more of them certainly are, she says. “So now the message is more about how to really do well on social media.”

2 Comments » for Need exists to embrace all tools, including social media, to enhance emergency management and response