VANCOUVER – Attempts to become truly customer-centric will not be realized until insurers can shift away from an entrenched focus on task that erects barriers to more meaningful customer engagement, Barry Pokroy, leader of Farber Financial Group’s Circle & Square Practice, suggested during NICC. 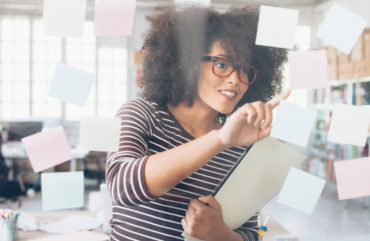 “We’ve become task- or process-centric and not client-centric,” Pokroy, part of a panel discussion, noted during the session, Client-centricity shouldn’t be a foreign language.

“In order for that client service not to become a foreign language, we need to connect with the customer and then engage the task at hand,” he said.

“In today’s world, in all elements of our life, we hear the task, we’re driven by the task, we measure by the task and we completely ignore the person behind the task,” Pokroy argued.

People have lost the skill of mentalization, the ability to understand what another person is thinking and to engage the world of that other person, he explained.

Another issue, he suggested, is that people have lost their sensitivity – the capacity to recognize and empathize with what other people say and experience – and have become insensitive.

Although such issues apply in general, beyond the insurance industry, “for today’s purposes, there’s a gap between what our clients are saying and what we hear them saying. Unless we close this gap, client service will continue to be a foreign language,” he said.

To close the gap, a need exists to truly hear clients. While customer service involves both a connecting statement and a task statement, “today, we’re trained to just hear the task. We don’t hear the person behind the task.”

To move from task-centric to client-centric, Pokroy suggested a simple formula: connection over task equals relationship.

“We have to be able to mentalize and recognize both the worth of connection and the worth of task,” Pokroy emphasized.

Louis Gagnon, president of service and distribution for Intact Financial Corporation, agreed that the insurance industry has “a lot of challenges” to become customer-centric.

“To say we’re customer-centric, it means that we are always looking to find ways to better our relationship, our product, the delivery of our processes and what the consumer wants,” Gagnon told attendees.

“It’s not a one front-line kind of thing for customer-centricity; it’s an entire organization thing,” Gagnon emphasized.

His view is “simplicity seems to be the first thing that customers are looking for right now.” Beyond that, they want transparency – “people have to know what they’re covered for and what they’re not covered for” – and to be offered value.

“In a nutshell, that’s how you make sure that you have a culture that is all aligned and customer-driven,” Gagnon suggested.

With regard to customer-centricity, “you definitely need to get it right consistently over time,” said Tamara Vrooman, president and CEO of Vancity.

As part of her company’s efforts to enhance its customer approach, particularly among Millennials, this involved some changes in how staff dealt with customers.

“This wasn’t a radical shift in their daily behaviour, but it was a constant shift that was personal and connected and, often, small,” Vrooman told attendees.

“So that culture around the fact that it’s often the small things and to give some modelling to that really, really changed the culture,” she noted.

Michael Morrissey, president and CEO of the International Insurance Society, who served as panel moderator, said he has been in the insurance business for 45 years.

“When customer-centricity first became fashionable to talk about, the bar was set laughably low,” he argued. “I know of companies that purchased customer relationship management software off the shelf and proudly announced that they were now focused on the customer.”

However, “these aren’t plans to build and nurture a relationship; they’re just part of a sales plan. The bar has now been raised, a lot,” he emphasized. “Competition from new players within the industry and disruptors outside the industry have made an elevated focus on the customer absolutely essential,” Morrissey said.

Noted Vrooman, “I think it has been this approach to walking a mile in our members’ shoes, allowing them to present their needs to us in their language, on their terms, transparently, both to one another and to us, and then to show that experience,” that has helped to achieve a true level of customer-centricity.

“It’s about person-centric. Each person comes with a different way and that’s what we have to start doing to engage,” Pokroy added.