Marsh Canada Ltd. was not contributorily negligent after a fire claim filed by a Halifax pub owner was denied by its Lloyd’s insurers because the property was neither sprinklered nor made of masonry, contrary to a statement on the insured’s application form, the Nova Scotia Court of Appeal recently ruled. 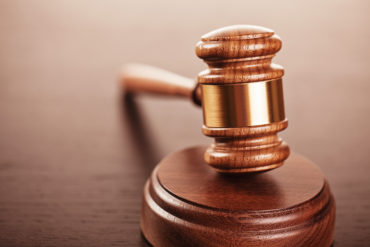 In a decision released June 15, the Nova Scotia Court of Appeal set aside an earlier ruling by a trial judge the commercial insurance brokerage was 50% contributorily negligent when Grafton Connor Property Inc.’s fire claim was denied. The North End Pub was destroyed by fire March 7, 2007.

The pub, located across from the Stadacona establishment of Canadian Forces Base Halifax, consisted of two buildings, one of which was built in 1950 and the other of which was about 100 years old. The business consisted of a diner, a pub and at least eight video lottery terminals. Neither building was sprinklered.

Beaufort Investments Incorporated, the owner of the property, was a named insured under the policy written by Lloyd’s insurers.

“In a summary provided to Lloyd’s when placing the insurance, the North End Pub was described as being of masonry construction and 100% sprinklered,” wrote Justice David Farrar of the Nova Scotia Court of Appeal in its decision released June 15. “In the course of investigating the fire, Lloyd’s discovered that the North End Pub was neither sprinklered nor was it entirely of masonry construction.”

In its unanimous ruling June 15, 2017, the three appeal court judges hearing the case upheld a 2014 ruling in favour of Lloyd’s, which relied on a statutory condition in the policy voiding the contract if the applicant “falsely describes the property to the prejudice of the insurer, or misrepresents or fraudulently omits to communicate any circumstance that is material to be made known to the insurer in order to enable it to judge the risk to be undertaken.”

The trial decision was cited as Grafton Connor Property Inc. v. Murphy. The judge had ruled in favour of Lloyd’s Canada Attorney in Fact Sean Murphy.

Lloyd’s of London Underwriters was awarded $95,000 in its counterclaim for money the Lloyd’s insurers paid for debris removal.

The company owning the property also sued Marsh Canada alleging, among other things, that Marsh “failed to advise Grafton Connor to obtain an inspection of its properties” and that the broker “failed to warn Grafton Connor of the importance of the accuracy of the annual Location Details Summary.”

In his ruling released June 30, 2016, Justice Arthur Leblanc of the Supreme Court of Nova Scotia wrote that he was “satisfied that an insurance broker of reasonable competence, taking on a client like Grafton Connor in 1999, would have made inquiries” of the Grafton Conner executive responsible for buying insurance to “satisfy” the broker that the buyer “was capable of completing the application forms accurately.”

As a result, Justice Leblanc found Marsh Canada was 50% contributorily negligent for Grafton Connor’s loss from the pub fire.

But that finding “is imposing upon an agent a requirement to verify the information which is in the knowledge of the insured,” Justice Farrar of the provincial appeal court wrote. “This would be a significant departure from the law as it presently exists.”

Court records indicate that delegation for purchasing insurance had been delegated until 2003 to Ed Raymond, who previously had ownership interest in Grafton Connor.

At the trial, Raymond testified that in 1999, when he reviewed an application for fire insurance, “he believed the choice of masonry construction was accurate,” Justice Leblanc wrote in his decision.  “He had been at the North End Pub several times and observed exterior brick, cinderblock, stone in the basement, and the roof.  He thought the building also had a wood component, but he thought perhaps every building had a wood component.  In any case, the masonry designation was, in his opinion, the best available choice on the form.”

But Justice Leblanc also made the finding of fact that “each year Grafton Connor had the opportunity to review, update and confirm the information being submitted to the insurer in order to renew coverage,” Justice Farrar of the appeal court wrote, adding that the president of Grafton testified during the trial that he knew the North End Pub was unsprinklered.

Reviewing an insurance application form and determining whether the information is accurate “does not require sophistication,” Justice Farrar wrote.

During the 1960s, Ault, Kinney, Campbell and Gallichan Limited had placed insurance for a retail store and garden centre in Ottawa operated by Harry Fine. That garden centre included greenhouses. A greenhouse heating system failed in January, 1968 and as a result some horticultural crops were destroyed.

A boiler and machinery policy written by General Accident excluded wear and tear. It covered “objects” but the pumps and motors in the greenhouse were not defined as objects in the policy.

Brokerage Ault, Kinney, Campbell and Gallichan was found to have breached its duty of care.

The Fine’s Flower’s case was one “in which the client gives no such specific instructions but rather relies upon his agent to see that he is protected, and if the agent agrees to do business with him on those terms, then he cannot afterwards, when an uninsured loss arises, shrug off the responsibility he has assumed,” Justice Wilson of the Court of Appeal for Ontario wrote in Fine’s Flowers. “If this requires him to inform himself about his client’s business in order to assess the foreseeable risks and insure his client against them, then this he must do. It goes without saying that an agent who does not have the requisite skills to understand the nature of his client’s business and assess the risks that should not be insured against should not be offering this kind of service.”

The fact that a person buying commercial insurance “is a professional does not mean that he or she has the knowledge or skill required to walk into a commercial building and, without assistance, collect the information required to complete a property insurance application,” Justice Leblanc of the Supreme Court of Nova Scotia wrote in his 2015 ruling against Marsh.

But reviewing an insurance application form “and determining if the information was accurate was not complicated and does not require sophistication,” countered Justice Farrar of the Nova Scotia Court of Appeal.