The property and casualty industry in the United States reported a US$2.3 billion net underwriting loss in the first nine months of 2016 and a 26.8% decline in net income compared with the same period in 2015, according to preliminary financial results from ratings firm A.M. Best Company. 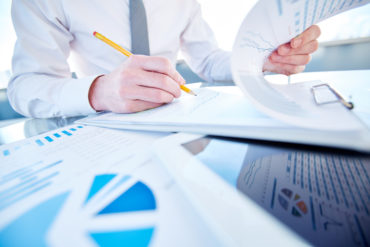 The Oldwick, N.J.-based company outlined the financial review in a new Best’s Special Report titled A.M. Best First Look – 3Qtr 2016 U.S. Property/Casualty Financial Results and released on Monday. The data was derived from companies’ statutory statements that were received as of Nov. 16, representing an estimated 96% of the total P&C industry’s net premiums written, A.M. Best said in a press release.

The ratings firm reported that the nine-month underwriting loss is the industry’s first in four years. As well, the industry’s reported combined ratio deteriorated 2.7 points from the prior-year period to 99.7, “marking the worst nine month period-to-period comparison in the last four years,” the release noted.

Despite the nine-month net income decline to US$32.1 billion from US$43.9 billion in the previous year, policyholders’ surplus reached a record US$676.6 billion at the end of September 2016, driven by modest unrealized capital gains, US$2.7 billion of contributed capital, reduced stockholder dividends and a considerable reduction in other surplus losses. Growth in net premiums written also continued in 2016 but, at 2.8%, was lower than the 4.5% and 3.3% increases reported in the first nine months of 2014 and 2015, respectively.

On Sept. 16, A.M. Best reported that the U.S. P&C industry posted a US$2.3 billion underwriting loss for the first six months of the year and a 3.5% decline year-over-year in net investment income. The impact of catastrophes, lower favourable loss reserve development and challenging market conditions continued to pressure insurers, the ratings firm said in a report in September.

Among the highlights of the 6M report: