Grant S. Dunlop, Q.C., a partner at Ogilvie LLP, has been appointed a justice of the Court of Queen’s Bench of Alberta in Edmonton. 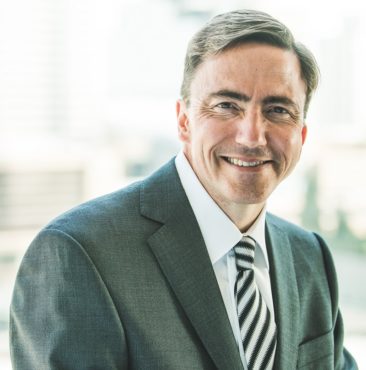 Grant S. Dunlop has been appointed to the Court of Queen’s Bench of Alberta.

Appointed a Queen’s Counsel in 2016, Dunlop holds a B.A. (1985) and an LL.B. (1988), both from the University of Alberta. Prior to his appointment, he had spent his entire legal career at Ogilvie LLP in Edmonton, where he was an articling student, an associate, and since 1999, a partner. Justice

From 1993 to 2011, Justice Dunlop was a member of the Joint Legislative Review Subcommittee established by the Canadian Bar Association and the Law Society of Alberta, drafting comments on bills under consideration by the Legislative Assembly of Alberta. He has lectured on board governance and directors’ and officers’ duties for a variety of audiences, including the University of Alberta and subsections of the Canadian Bar Association.

FirstOnSite Restoration has opened a new branch in Ste-Agathe, Que. to be led by senior project manager and acting branch manager Olivier Bertrand.

Bertrand originally joined the independent property restoration company in 2010 and has more than 10 years of experience in disaster recovery and restoration. He has worked on multimillion-dollar commercial restoration and reconstruction projects as well as condominiums and residential rebuilds. In addition, he owned and operated his own construction firm, where he specialized in new build construction.

Supporting Bertrand is project manager Eric Archambault, a 30-year veteran of the restoration industry and an expert in loss evaluation and restoration of major residential and commercial properties.

The new branch will serve the restoration, remediation and reconstruction needs or both existing and new customers in the Laurentians region, including Mont Tremblant, Ste-Agathe and Saint-Sauveur. It will also complement service provided by current branches in Montreal and Quebec City.

EFI Global announced on Jan. 11 that it has opened a new office in Quebec City, headed up by Olivier Bouchard in the role of project manager.

Bouchard, who just joined the company in December of 2017, will be working closely with Jean-François Leclerc-Cloutier, professional geoscientist and project manager of the EFI Global Montreal office.

Bouchard graduated with a Master’s degree in environmental biosciences and a Bachelor’s degree in biology with environmental specialization from the University of Laval. His work experience has led him to coordinate several projects, particularly relating to water quality, environmental issues and related regulations.

“With our Quebec City location, we will provide better coverage and response times in Quebec, including locations like the North Shore, Saguenay, the Gaspe Peninsula and even Northern New Brunswick,” said Kevin Burgher, vice president of EFI Global Canada, in a press release. “We are very excited about this new location and Olivier joining our team.”