New Brunswick city rebuilding its IT system after major cyberattack

Saint John, N.B., is rebuilding its computer network rather than submitting to criminals who launched a cyber attack against the city in November.

City manager John Collin updated council Monday on the city’s efforts to rebuild its IT system following a ransomware attack; he said no ransom was paid.

Hackers launch ransomware attacks by infecting computers with software and often demand money in exchange for the attack to end.

Collin said the city’s network was disconnected from the internet as soon as the Nov. 13 attack was discovered, and he said it’s not believed any personal identifying information such as banking details was stolen.

“I’m happy to report we have no indications whatsoever that there was any spread of the ransomware from any city-owned assets or systems to others,” he told council.

Collin wouldn’t say what parts of the network were affected by the attack or provide any information he said could help the “hostile actors.” 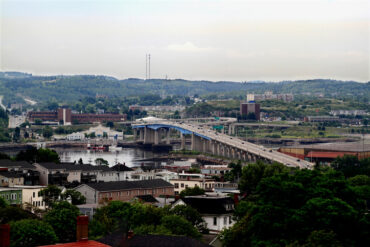 “We do not want to give to these criminals any information that could help refine their tactics and techniques, nor do we wish to provide such information to copycats,” he said.

Collin said, however, that the attack penetrated deeply into the city’s IT system, and therefore, he added, rebuilding the network was more cost effective than repairing the damage.

“Instead of repair, we have decided to build an entirely new network,” he told council. “Not only will this afford us the opportunity to take advantage of all the latest innovations in cybersecurity and in network design, it will also remove the risk of any virus remnant that could occur if we took the approach of a repaired system.”

The cost of the network rebuild, Collin said, will be covered by insurance and the city’s IT reserve fund. “We will not need to adjust up any yearly budget or alter our service delivery to our community because of this IT attack,” he said.

The rebuild of the IT system is expected to take a few more months. Collin said the full cost of the attack and the system rebuild is still being evaluated, adding that he’ll report to council when the total amount is known.

– By Kevin Bissett in Fredericton.