Darin Scanzano will be the new CEO of Everest Insurance Company of Canada effective this summer, Everest Re Group Ltd. announced Wednesday.

Scanzano will be based in Toronto and report to David Sandler, head of the Everest Insurance Risk Management Group. 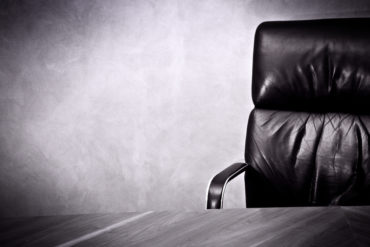 Everest Re’s corporate offices are in Liberty Corner, N.J., while its principal executive office is in Hamilton, Bermuda, Everest Re said in a recent securities filing.

Everest Insurance Company of Canada’s former CEO, David A. Crozier, will become president of Markel Canada in early 2019, Markel announced this past March. Crozier succeeds Karen Barkley, who is scheduled to retire at the end of 2018.

Initially formed in 1973 as a subsidiary of The Prudential Insurance Company of America, Everest Re was spun off by Prudential in 1995 in an initial public offering.

In Canada, Everest writes property, liability, inland marine, errors and omissions, professional liability, environmental and construction, as well as insurance for special events and venues, such as concerts, sports and trade shows.

Scanzano’s LinkedIn profile lists him as chief agent in Canada for Axis Capital since 2008. His previous positions include senior vice president of underwriting at Liberty International Underwriters, underwriting manager for Chubb North America, and operations supervisor at Allstate from 1987 through 1988. He earned a BA from Concordia University in 1984.

While Scanzano led Axis in Canada, Axis nearly merged with Bermuda-based PartnerRe Ltd. In early 2015, the boards of both Axis Capital Holdings Ltd. and PartnerRe Ltd. unanimously approved a merger agreement. But PartnerRe’s shareholders ended up voting to have the firm acquired by EXOR NV, the Italian investment firm that effectively controls Fiat Chrysler Automobile and CNH Industrial NV, the maker of Case and New Holland farm and construction equipment.