The products, an Adventurous Air Activities Rider and a Seven-Day Pre-Existing Condition Rider, include coverage that is not typically available in standard travel insurance policies, said a press release from CAA South Central Ontario (CAA SCO). The endorsements will be available for purchase starting July 21 in south central Ontario. 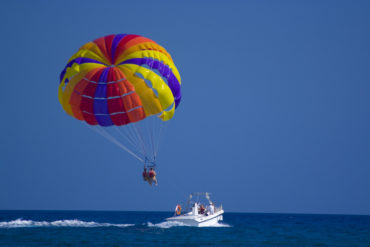 The pre-existing condition product can be added to any of CAA’s medical plans and covers pre-existing conditions such as diabetes and high blood pressure, with $200,000 in coverage per trip. Typically this condition would not be covered unless it has been stable for at least three or six months before travelling. The new rider reduces the time down to just seven days.

The Adventurous Air Activities Rider provides optional coverage up to $5 million while parasailing or partaking in hot air balloon rides, previously excluded from the policy. When asked why only these two activities were covered, a CAA SCO spokesperson told Canadian Underwriter that they were the “most common activities that our members and customers participate in while travelling, so we felt it was important to create a product that offered adequate protection.”