Applied Systems has released its Applied Rating Index, measuring the quarterly premium rate trends being experienced by consumers, brokerages and insurers across the Canadian market.

Stephane Lacasse, vice president of product management for Canada and rating products with Applied, told Canadian Underwriter in a briefing before the index’s release Wednesday that the rate insights will enable brokerages to provide guidance on expected premium rates during renewals and when evaluating new policies. For insurers, it will provide a data-backed reference point to determine competitive rates. 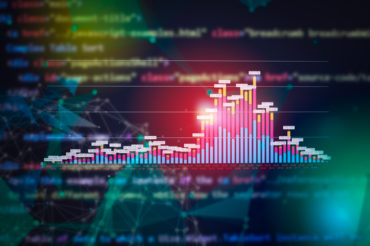 Calling it the “Canadian insurance industry’s only data-driven index to provide insight into premium rate change,” Applied said that the index measures average premium rates for personal auto and property lines of business on a quarterly basis. The report analyzes more than 1.3 billion quotes completed, measuring the increase or decrease in average premium rate trends across the country. Applied reports that the index, which is fully anonymized, represents more than 80% of the brokerage market and 675 insurer rating plans written by brokers.

“The Applied Rating Index depicts the best representation of how consumers are impacted by premium changes based on real consumer quotes,” Lacasse said. Other reports may report an average of premium changes for all insurers, Lacasse said, noting that this differs from Applied’s index, which represents the average of the top 3 insurers quoted to a consumer. In addition, other reports may have rate filings effective at different times, depending on insurers and may not accurately reflect premiums changes within the reported quarter.