A lawyer who represented the Insurance Bureau of Canada at the Supreme Court of Canada in impaired driving cases as been appointed to the bench.

McHaffie was on the legal team for IBC when it had intervener status in Childs v. Desormeaux, a landmark 2006 Supreme Court of Canada ruling on social host liability that arose from a motor vehicle personal injury lawsuit. 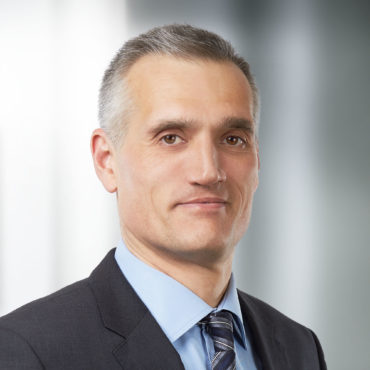 In Childs v. Desormeaux, the Supreme Court of Canada ruled that a couple who hosted a bring-your-own booze new year’s eve party did not owe damages to Zoe Childs, who was severely injured and rendered a paraplegic in an accident caused by a drunk driver who had attended the party.

Childs argued that as social hosts, Julie Zimmerman and Dwight Courrier had a duty of care to users of the road. Had Zimmerman and Courrier been found even partly liable, they would have had to pay all of the damages owed to Childs because the at-fault driver was uninsured and found to have no assets.

IBC argued as intervener that if Zimmerman and Courrier were found to have a duty of care as social hosts, there could be a proliferation of lawsuits against drunk drivers in which social hosts are added as defendants. If that were to happen, IBC argued, the doctrine of joint and several liability could lead to social hosts being on the hook for 100% of damages.

Ultimately the Supreme Court of Canada ruled in favour of Zimmerman and Courrier.

Childs was a passenger in a car that collided head-on with a vehicle that crossed the centre line on a road near Ottawa International Airport early Jan. 1, 1999. The at-fault driver was Desmond Desormeaux, who was found to have a blood alcohol exceeding the legal limit. Desormeaux had gone to the party hosted by Zimmerman and Courrier.  Childs added Zimmerman and Courrier as defendants to her lawsuit against Desormeaux.

Childs v. Desormeaux did not make all social hosts immune from lawsuits but does mean that social hosts do not have the same duty as commercial hosts to monitor the alcohol consumption of their guests.

A more recent impaired driving-related case in which McHaffie served on IBC’s legal team was Goodwin v. British Columbia (Superintendent of Motor Vehicles), released in 2015. That did not result from either a lawsuit or from a criminal case but rather from B.C. provincial law imposing 90-day licence suspensions and 30-day vehicle impoundments on drivers who fail roadside alcohol screening. In Goodwin, the Supreme Court of Canada heard appeals from Richard Goodwin and other motorists who made essentially the same arguments. Among the motorists’ arguments were that B.C. is essentially trying to bring in criminal penalties and therefore encroaching on exclusive powers of the federal government.

The Supreme Court of Canada ultimately ruled in favour of the crown (and insurers), finding that the pith and substance of B.C.’s automatic roadside prohibition scheme was about licensing drivers, improving highway safety and deterring motorists from driving drunk – all of which are provincial powers.

Childs and Goodwin were not the only Supreme Court of Canada rulings in which McHinnie was a lawyer. McHinnie was one of four lawyers representing Potash Corporation of Saskatchewan Inc. in a human rights case involving an employee who was asked to retire at the age of 65. IBC was not involved in that case – New Brunswick (Human Rights Commission) v. Potash Corporation of Saskatchewan Inc., released by the Supreme Court of Canada in 2008.

In its pension plan, Potash stipulated employees had to retire at 65. New Brunswick law stipulates that an employer is not illegally discriminating on the basis of age if it has a mandatory retirement age in a “bona fide” retirement or pension plan.

In Potash, the Supreme Court of Canada ruled that unless there is evidence that a pension plan as a whole is not legitimate, then a mandatory retirement age in that pension plan will not be considered age discrimination.

McHaffie, who was born and raised in Toronto, was called to the bar in 1996 and has spent most of his career with Stikeman Elliott. He has a degree in molecular genetics and molecular biology as well as a law degree.