The City of Edmonton has launched a new mobile app that warns drivers of school zones, speed limit changes and high collision locations. 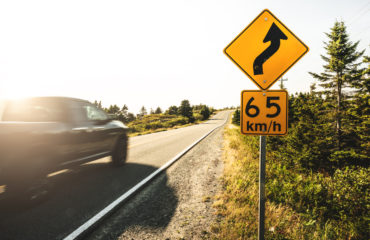 City of Edmonton Councillor Dave Loken said in a press release from the city on Monday that the free SmartTravel app gives drivers “verbal warnings that can save them from getting tickets. A high collision location warning may save you from a crash,” he added.

The Edmonton SmartTravel app complies with distracted driving legislation because it functions hands-free when the vehicle is in motion, the city noted in the release. Through its push-notification capability, the app can let drivers know about severe weather conditions, seasonal considerations (such as when school is back in) and police enforcement events. It also provides online maps with school zones and collision locations. 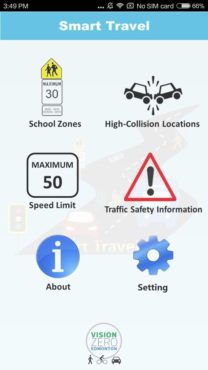 Councillor Bev Esslinger said that the app makes getting around the city safer and easier, and contributes to Edmonton’s long-term goal of Vision Zero – zero traffic fatalities and serious injuries. But the Office of Traffic Safety reminded drivers that using the app does not take the onus off them to be alert and obey posted speed limits. 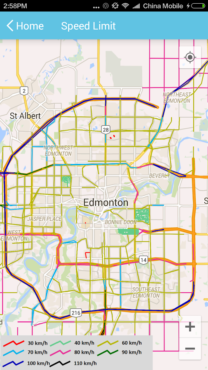 The app has been awarded the 2016 Innovation/Research & Development Award from Intelligent Transportation Systems Society of Canada as a tool for researching changes in driver behaviour. The SmartTravel app is a joint project of the University of Alberta Centre for Smart Transportation and the Office of Traffic Safety.

According to the city, there were 8,821 people injured in collisions on Edmonton streets in 2006, which prompted the city to create the Office of Traffic Safety that year. Despite the huge population growth since then, the city said, there were 3,033 traffic-related injuries in 2015, a 63% reduction.

To download the app, visit edmonton.ca/SmartTravel or to the iTunes App Store or Google Play.