Recent reforms to Ontario auto insurance, including the transfer of accident benefits dispute arbitration to the licence appeal tribunal (LAT), has some personal injury lawyers warning of lawsuits against brokers who fail to advise clients accordingly. 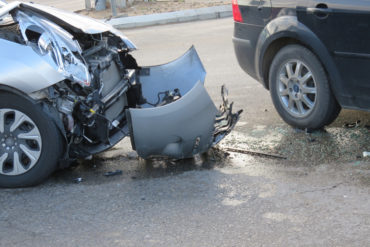 “We are trying to educate people about understanding the importance of getting higher benefit policies, higher third-party liability limits, and to those that are selling those policies, the importance of educating their clients,” said Jim Vigmond, a former president of the Ontario Trial Lawyers Association.

The new LAT process “offloads almost everything to the tort system and until we get those (third party liability auto) limits up, that’s going to be a big problem,” Vigmond warned.

The panel, Resort to the LAT or Last Resort, was held at the Hilton in Markham. Another personal injury lawyer on the panel – Thomson Rogers partner Wendy Moore Mandel – said if a vehicle accident victim “has a valid tort claim, there is no way they are going to proceed through this LAT procedure if … there is enough coverage on the tort side.”

A third panelist was J. Douglas Cunningham, former associate chief justice of the Ontario Superior Court. Justice Cunningham (who has retired from the bench and started a mediation and arbitration practice) was commissioned three years ago to review Ontario’s auto claims dispute resolution system. He made 28 recommendations in a report released in 2014. One of those recommendations was to appoint a “public sector administrative tribunal” for SABS disputes, to fall under Cabinet rather than the Financial Services Commission of Ontario (FSCO).

“On April 1, 2016, the license appeal tribunal (LAT)’s automobile accident benefits service AABS was officially open for business,” Justice Cunningham said Wednesday. “At the same time after 26 years, FSCO’s dispute resoultion group stopped accepting applications, creating apprehension among users, because for many it was better the devil you know. What will this change mean?”

“Fundamentally what we have is a mixed no fault tort regime,” Flaherty McCarthy partner Todd McCarthy said. “We have a court system for tort and an arbitration system for (accident benefits). It does remain to be seen… is there any residual discretion in the court to entertain any type of dispute between an insured and an insurer that is not specifically within the jurisdiction of the LAT?”

With the prospect of more claims going to the tort system, panelists were asked about the current mandatory liability coverage of $200,000 on Ontario private passenger auto policies.

“The $200,000 minimum limit was set so long ago, that it’s really no longer relevant,” Moore Mandel said. “If there is anyone in this room who does not have more than $1 million of (third party liability) insurance you should probably go speak to your broker now, and that’s how we counsel people that we talk to, because I think increasingly with the downloading of ABs on to the tort side, the claims will be in excess of $1 million.”

Moore Mandel critiziced the limits on rights to appeal LAT decisions, which can be appealed to Ontario Divisional Court, but only on a question of law.

“There won’t be (tort) cases that settle within the limits as much anymore,” Moore Mandel predicted. “There will be litigation against our insureds personally for any personal assets that they may have and it may increasingly put insurance companies in bad faith positions if they don’t resolve claims within limits, so it’s something that you really should all look at.”

Vigmond recounted the story of a “high income earner” in Sudbury, recently injured in a vehicle accident, who first got insurance as a student and whose insurance provider “automatically” renewed his policy every year for the same limits.

“There will be a lot more claims against insurance brokers,” Vigmond said. “It’s a systemic problem in terms of how renewals are done. I think we are going to see greater incidence of those claims driven not only by the facts but by the need to find another deep pocket.”

Pitaro suggested that “especially since June 1,” there should be a “rigorous set of instructions by a broker to a potential insured of what the additional coverage is and what it costs.”

Pitaro suggested he called his insurer Tuesday and was told that for an additional $35 premium, he could “essentially reinstate the $2 million catastrophic” impairment coverage.

“Is there anybody who can justify not getting that type of coverage, especially if you have young children?” Pitaro said. “What kind of steps are these brokers taking to advise their potential insureds of the existence of that coverage? I really think that’s going to be a future area that plaintiff lawyers are going to be focusing on.”

Pitaro suggested his firm has “taken a wait and see approach” on the LAT dispute resolution system.

“I have seen and have envisioned situations where we will be mandated to avail ourselves of the process because of clients’ financial interests, mandated because of circumstances, mandated because of the nature of the issue – to proceed with the LAT process,” Pitaro said. “If – and this is a big if – if the decision-makers have the requisite level of dedication and training … then maybe the system can work for them. I am talking about issues like preliminary entitlement to treatment, like a [minor injury guideline] issue, where based on a proper paper record, like compelling evidence of not being a minor injury or compelling evidence of a pre-existing condition that would increase the limits – those types of cases could be and should be amenable to a quick and speedy resolution in favour of my client, so I could certainly I see those types of cases going forward quickly and aggressively.”