The Ontario government should establish a new organization that would perform the functions currently performed by the Financial Services Commission of Ontario (FSCO) and the Deposit Insurance Corporation of Ontario (DICO) but also have a “specific fraud-deterrence mandate,” an expert advisory panel said in a report released Monday. 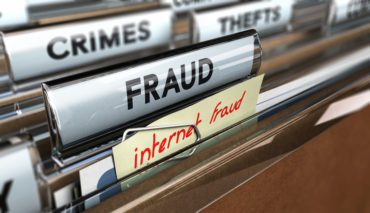 FSCO regulates auto insurance rates in Ontario. FSCO also operates a dispute resolution system to mediate and arbitrate auto insurance disputes, but that centre is no longer accepting applications because its functions are being transferred to Ministry of the Attorney General’s Licence Appeal Tribunal.

The panel – comprised of George Cooke, James Daw and Lawrence Ritchie – made its recommendation to create FSRA in an interim report released in November, 2015. The final report, dated March 31, was made public Monday.

In the final report, the panel suggested the FSRA should “have adequate investigation and enforcement staff who have the authority to take swift and firm action” in the event of fraud.

Cooke, president of Martello Associates Consulting and a former chief executive officer of the Dominion of Canada General Insurance Company (now part of The Travelers Companies Inc.) is chair of OMERS Administration Corp., which administers the Ontario Municipal Employees Retirement System. During the late 1980s, Cooke was an advisor to Ontario’s then-deputy premier, Robert Nixon. Ritchie is a lawyer for Osler, Hoskin & Harcourt LLP whose areas of expertise include capital markets regulatory enforcement. Daw is a former Toronto Star columnist.

“Giving FSRA a specific fraud-deterrence mandate, as well as the appropriate anti-fraud authority and resources would enable it to protect consumers and pension plan beneficiaries, and thus maintain confidence in the financial services and pensions sectors,” the panel stated.

“We do not intend to imply that FSRA should be the only responsible entity for fraud prevention, deterrence and detection,” the panel added. “Each regulated sector and the businesses operating within them must also participate actively in fighting fraud. FSRA ought to have the authorities necessary to require and enable the sectors to do their part.

The report “favourable aligns” with input from the property & casualty insurance industry, Insurance Bureau of Canada stated in a release Monday.

IBC “will encourage the government to move quickly to implement the recommendations through the necessary legislative and regulatory changes and to announce them as early as this fall’s economic statement.”

The panel did not make any recommendations “with respect to the prior approval of auto insurance rates by FSCO or its proposed successor,” according to the panel’s report.

For the review, the Ontario government asked the panel about the relevance, responsibilities, governance and FSCO, DICO and the Financial Services Tribunal.

The panel got input from several activities, including 40 meetings and seven sector round table discussions.

Those options were: “continue rate approval within FSRA as practiced today; remove this function from FSRA and transfer it to a formal rate-setting board, or; give FSRA authority/responsibility for rate regulation, the approach to which to be determined through its rule-making authority. We continue to seek input from affected parties on this issue.”

If FSRA were to use the same rate setting approach as FSCO, “we would be concerned that this activity would unnecessarily dominate the agenda of FSRA to the detriment of other sectors,” the panel added.

Ontario’s deposit insurance scheme and Pension Benefits Guarantee Fund (PBGF) “should both be administered and overseen by an entity that is separate from, but accountable to, the regulator,” the panel added. “DICO, as a separate body, could continue to exist to carry out these activities. DICO’s name should change to reflect its new responsibilities.”

There were “several common themes” the panel heard during its consultations, including one of perceived delays.

“Many interactions with FSCO are seen to take too long,” the panel wrote of the feedback it received from stakeholders. “These complaints include auto insurance rate approval, enforcement action, and delays in issuing guidelines, leaving the sectors unsure of how to interpret new or revised regulations.  This can lead to non-compliance or delays in provision of their own services.”

Some commenters told the panel that “FSCO’s operations are regularly overburdened with auto insurance issues” and that the Motor Vehicle Accident Claims Fund (MVACF) – which provides compensation or statutory accident benefits to injured persons who either have no recourse to auto insurance or who are involved in accidents with uninsured or unidentified drivers – “should be administered by industry.”

Among other things, Finance Minister Charles Sousa asked the panel to determine whether the functions of FSCO, DICO and the Financial Services Tribunal “are best performed by the agency, or whether they might be better performed by a ministry, another agency or entity.”

A new Financial Services Regulatory Authority should have “a similar and familiar regulatory framework and approach to overseeing individuals or entities selling similar products within its jurisdictional oversight (e.g., mutual and segregated fund dealers, insurance agents, insurance brokers, and applicable sales staff within financial institutions, such as banks),” the panel wrote. “FSRA should be divided to provide a market conduct oversight division, a pensions oversight division, and a prudential oversight division, each with its own Superintendent.  The market conduct and prudential divisions should include units for applicable financial services sectors or operational functions.”