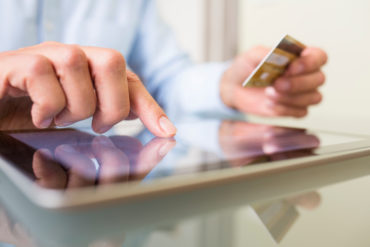 Phishing scams aimed at accessing specific employee tax information were a continuing threat, representing 9% of all breaches handled in the first three months of 2017, Beazley said in a statement looking at data breach trends.

“Beazley has seen an increase in hackers using phishing techniques to infiltrate employee email accounts and change their direct deposit account details,” the statement said, noting that once hackers have access to an employee’s email, they request a password reset from the organization’s payroll provider and change the employee’s inbox forwarding rule to send all emails from the payroll provider to the target’s junk mail. The hackers then change the employee’s direct deposit bank account details to their own to steal funds. In addition, they may also access the employee’s W-2 (a United States federal tax form) information and file a fraudulent tax return.

Beazley found that the majority of direct deposit phishing attempts occurred in the higher education sector, where hacks and malware caused 48% of data breaches in Q1 2017, similar to the 50% of breaches they caused in Q1 2016.

Overall, the Beazley Breach Response (BBR) Services division managed 641 incidents in the first quarter of 2017 on behalf of clients, compared to 462 incidents during the same period last year. 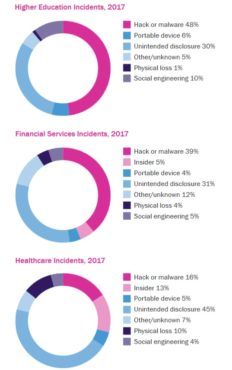 Ransomware attacks continued their rise in the first quarter of 2017, increasing 35% over Q1 2016 after quadrupling in 2016, the statement said. “Although the number of ransomware attacks continues to increase rapidly, Beazley’s legal and forensic firms partners were able to retrieve seized client data without the client making ransom payments in the majority of incidents,” the insurer reported.

In the healthcare sector, unintended disclosure – misdirected faxes and emails or the improper release of discharge papers – continued to be the largest single driver of healthcare losses, leading to 45% of industry breaches in the first quarter of 2017 compared to 46% in Q1 2016.

BBR Services was launched in 2009, and the company has since helped clients handle more than 5,000 data breaches. The BBR Services team coordinates the expert forensic, legal, notification and credit monitoring services that clients need to satisfy legal requirements and maintain customer confidence, the insurer said. BBR Services also maintains and develops the company’s suite of risk management services, designed to minimize the risk of a data breach occurring.