A.M. Best Company Inc. expects its new methodology – which will yield five different scores for capital adequacy ratio – will become effective early in the fourth quarter but will not be a “fundamental change” to how the ratings firm analyzes insurance providers, a company senior director suggested Wednesday in Toronto. 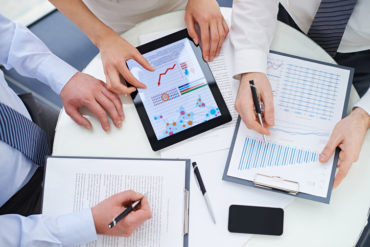 Oldwick, N.J.-based A.M. Best has released three drafts of its revised Best Credit Rating Methodology, over the past 18 months, for comment.

The company expects the new methodology to be released and “to become effective” in the fourth quarter of this year, said Greg Williams, A.M. Best’s senior director for property and casualty ratings, during the company’s Insurance Market Briefing – Canada, held Sept. 6 at the Sheraton Centre of Toronto.

The Best Capital Adequacy Ratio (BCAR) “calculates the net required capital to support the financial risks of the company associated with the exposure of assets and underwriting to adverse economic and market conditions, and compares it with economic capital,” A.M. Best reported earlier.

The new BCRM will not be “a fundamental change to the rating analysis,” Williams told Insurance Market Briefing – Canada attendees.

The 99.8% score will not be used in the balance sheet assessment but “will be considered” in the enterprise risk management building block, Williams said.

Other analysts speaking at this year’s market brief included associate director Ray Thomson, who told attendees there has been “a little deterioration in performance” as well as “a little pressure on margins” in the global reinsurance market.

In Down But Not Out: Reinsurers Look to Reposition Amid Market Disruption, a paper released Sept. 5, A.M. Best reported the reinsurance industry had a combined ratio of 95.2% in 2016. Not only was this up 4.8 points from 90.4% in 2015 but there was also favourable loss reserve development in 2016. Also 2016 was the first time since 2011 (when Japan was hit by a tsunami in March) that the global reinsurance industry had an accident-year loss, A.M. Best said in its report.

The reinsurance market is “far from thriving and appears to be operating amid malaise,” A.M. Best said in the report, suggesting the firm “has significant concerns” about global reinsurers. The combined ratio was 87.9% in 2013.

“If the reinsurance market is booking the accident year combined ratio at a loss in a relatively benign catastrophe year, and that in and of itself is not the impetus for change, the next logical question is: What will it take to turn the market?” A.M. Best noted.

Working with Guy Carpenter, A.M. Best estimated there is US$435 billion in total dedicated reinsurance capacity this year, of which US$80 billion is convergence capacity, including insurance-linked securities.

“We’ve questioned why third-party capital would continue to enter the reinsurance market despite the deteriorating fundamentals,” A.M. Best said in its report on the global reinsurance market. “The simple answer is that property catastrophe reinsurance is viewed as a non-correlating asset class to a broadly diversified investment portfolio for many pension plans, endowments, hedge funds, and alternative asset managers. Reinsurance companies, on the other hand, have for several years been trying to right-size their capital base, largely via share repurchases, and manage the cycle by adjusting their business mix.”